The other day I decided to drive around our farm on our four-wheeler and explore a little bit. A couple days later my family went on a walk back through the woods to collect fall leaves and (in the case of my brothers) hack down poor innocent saplings. I took my camera along for both things so today I’ll be showing you some of the pictures I took!

When I was driving around on the four-wheeler it was golden hour, so I got a lot of sunlight pictures. 🙂 As you can see, there’s still a lot of green on the trees. Fall is a little late this year!

Hurricane Michael hit us a little bit and our creeks got super big! You can see how far up it got by the sand.

Maggie joined me and happily trotted along side the four wheeler and photobombed\posed in my pictures. 🙂 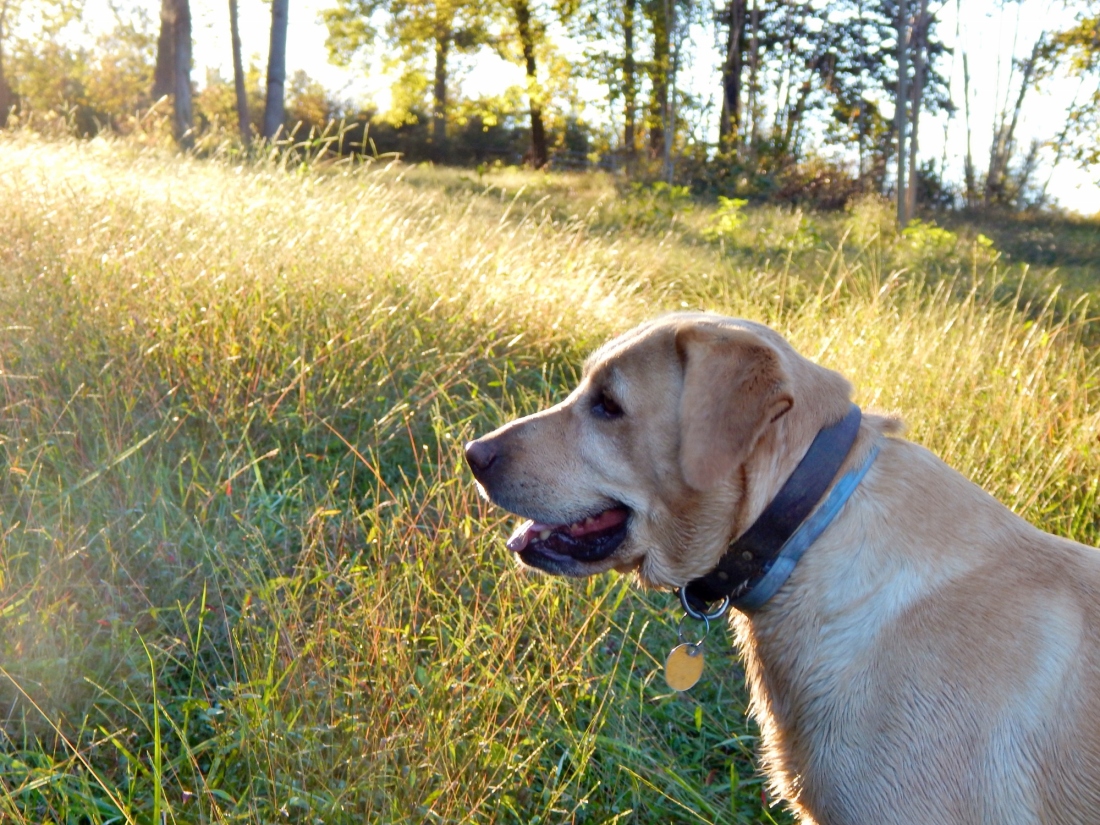 I went down one path but then had to turn around because there was a big tree across it.

There is a lot of smart weed around this time of year. I really like seeing big patches of it along the road. It’s quite pretty.

As I headed around our big hay barn I saw a plump ground hog sitting in my path. I stopped the four-wheeler and called Maggie so she could have the fun of getting rid of the (kind of cute) pest, but she didn’t come. Instead, the groundhog decided he’d take refuge under the four-wheeler! He even stayed there when I got off to take picture of him, but he didn’t seem very pleased.

I called for Maggie once more and he decided he should leave. So he ran toward the barn and squeezed his chubby self under it to take refuge behind some hay bales.

All that was left of him was his little tail sticking out.

After that little escapade I continued on. I didn’t do much after that except find some goldenrod.

Now onto the next exploration! Jeff brought his machete along so he could have the wonderful joy of hacking things to bits. It reminds me of this quote from The Two Towers by J.R.R. Tolkien:

“No other folk make such a trampling,” said Legolas. “It seems their delight to slash and beat down growing things that are not even in their way.”

But don’t worry, in other ways Jeff is not at all similar to orcs. 😉

Jeff in action (as he most always is). 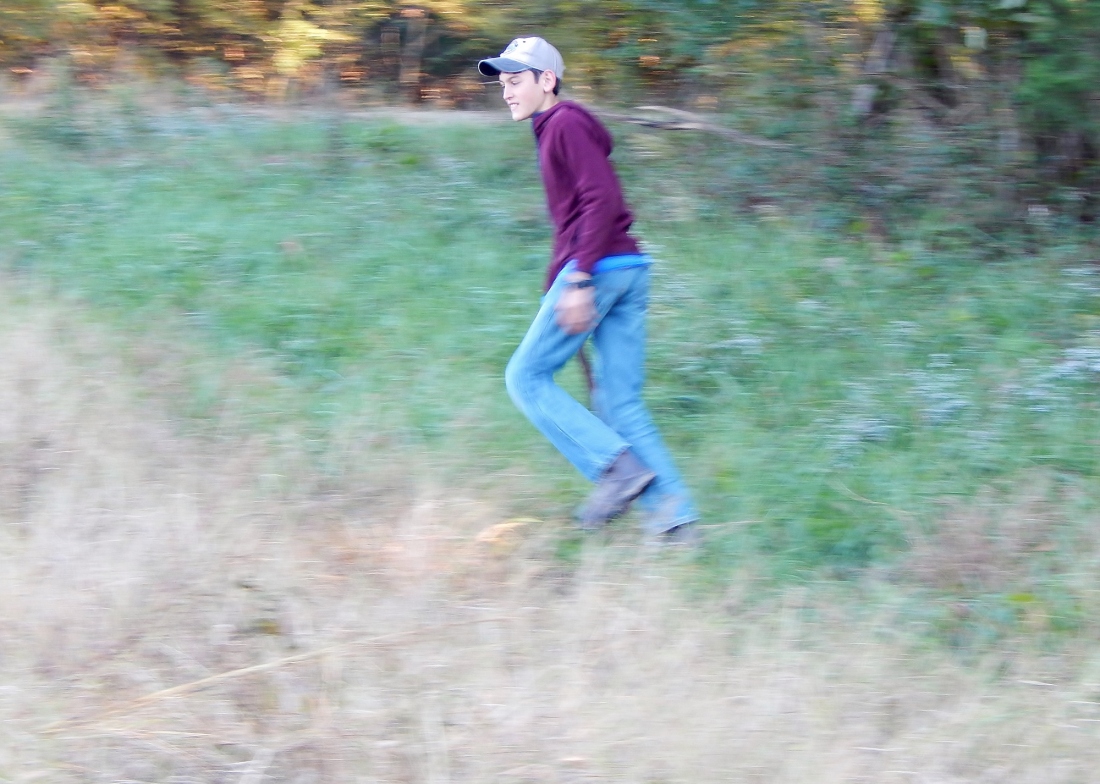 Now that Dad combined some soybeans there’s more places to explore that we couldn’t get to when the fields had crops in.

Here’s one tree that wasn’t full of leaves:

Hark! Rivendell! We decided this little hunting stand should be called Rivendell because Jeff “reforged” his stick sword there once when he was pretending to be Aragorn. It’s one of many hunting stands on our farm and Jeff and I hope to fix it up a little bit into a sort of fort/tree house thing. My siblings and I also decided we should name all the hunting stands after places in books. Any ideas?

And that concludes our explorations! Oh, before I go, I decided to mostly do bookworms in my Etsy shop. So far I just have a “generic” bookworm and a Gandalf bookworm. If you have any ideas for other bookworms, just say so in the comments!

Thanks for reading this post, and I hope you have a wonderful day! 🙂

any ideas for hunting stand names?

do you think groundhogs are cute or not?