This past weekend two of my cousins came down to our new farm and then went home Sunday. On Saturday we decided we’d try fishing.

We wanted some bait so we went to the Dollar General to try to find a net. We found no nets there and apparently, judging by the cashier’s reaction when we asked if they had any, Dollar Generals are not the type to carry fishing nets.  So we went with a strainer and colander instead. And my cousins convinced me to buy donuts.

With our new purchases we went down to the creek. After walking some distance along the creek we came to a pool that had various minnows as well as multiple crayfish. After standing in what felt like liquid ice for twenty minutes or so, we had four minnows and three crayfish so we went back to the house with our catch. 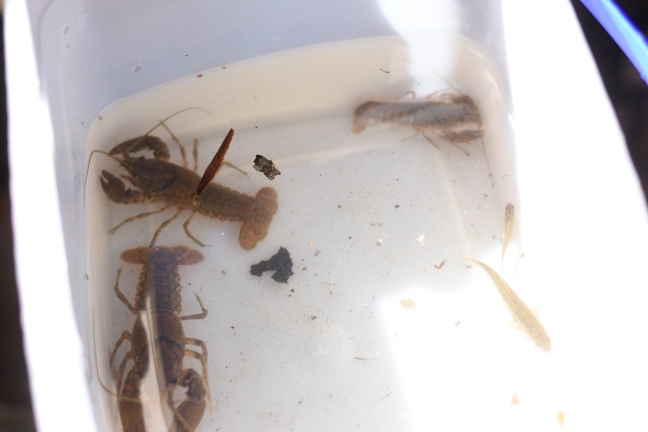 After lunch we headed down to the pond with our fishing poles and bait. We dug some worms to use as well as the minnows, and since we didn’t have any bucket to put the worms in, we just kept a pile of dirt on the dock.

When our hooks were successfully baited we begun fishing. Or rather, we cast our lines and sat down to wait. When we had no nibbles or bites after a good while we decided we should get some food, so one of my cousins and I went back and packed a basket full of snacks. When we returned everyone was ready to stop fishing and eat, so we did just that. 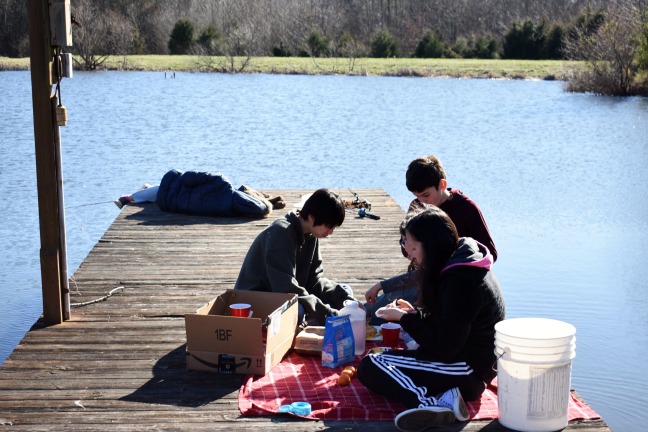 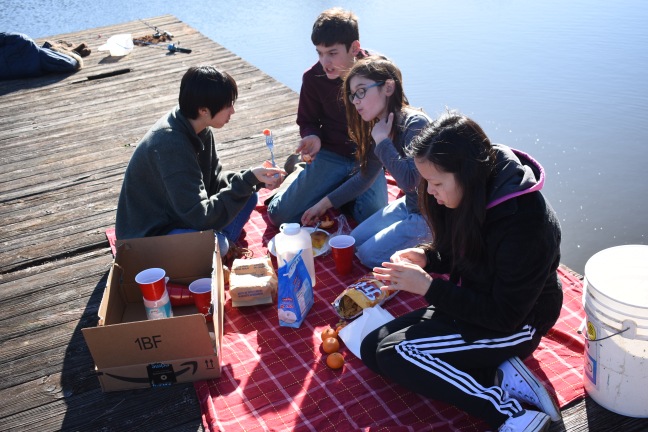 Actually not everyone was eating snacks because Allison and Willow were sunning at the end of the dock.

The fishing lines were left in the water in case any fish were as hungry as we were.

Among the snacks were the Dollar General donuts. Somehow they tasted better on the dock than they normally do. And the dSLR makes them look so pretty! XD 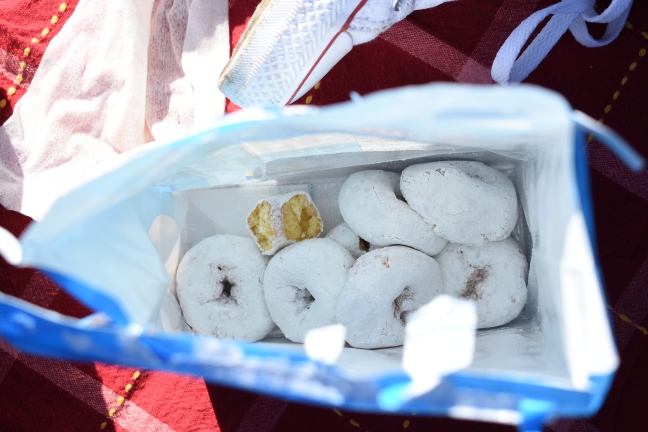 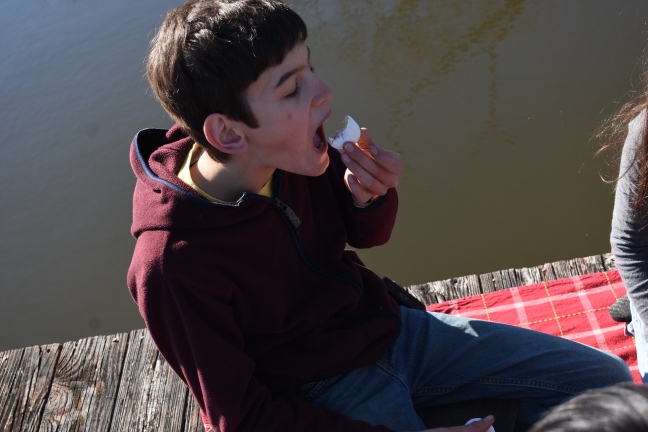 Willow ate nothing, but she was offered several dandelion leaves.

When we had eaten our fill we returned to the house and we made cupcakes, and Jeff could barely contain himself when I wouldn’t let him have any more of the donuts. Poor, poor Jeff.

^ photo by my cousin^ 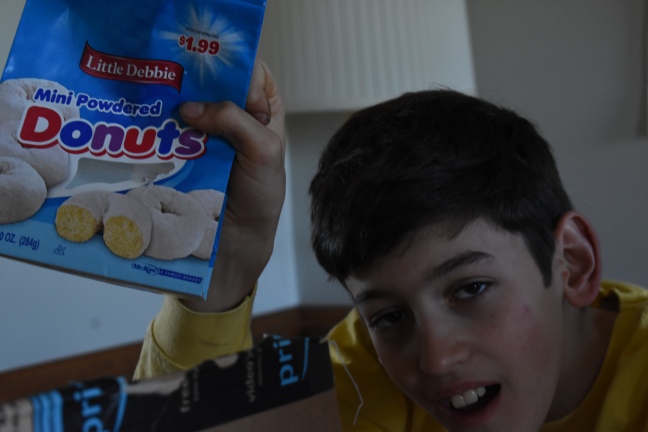 Jeff looks extremely haggard in the picture. The grayness of the photo doesn’t help anything either. But HAHA! Poor Jeff wanted those donuts really badly. I’m not sure how they got all – I was going to let him have another one later. Maybe he did without my knowing… Hmm.

Well, that ends the tale of our fishing adventure! I let the rest of the minnows and crayfish go since we didn’t catch anything, and I’m sure they appreciated my tenderheartedness. I do not like using minnows as bait but they do stay on well, I’ll give them that. As for whether they catch anything or not, that remains to be seen.

102 thoughts on “An Attempt at Fishing”