*NOTE: Sorry to everyone who’s already seen this. I had to repost this and delete the other post (including a few comments 😦 ) because for some reason WordPress made this post get “posted” on January 8. Also a paragraph got deleted somehow right in front of the big star.*

Today I thought I’d post a room tour. But this isn’t going to be your run-of-the-mill room tour. No cliche fairy lights and posters with quotes. Not that I don’t like those, but I like a balance between the nice-to-look at and the interesting-to-look-at. So today I shall show you the interesting things that are in the room I share with my sister. “Aesthetic” seems to be about the best compliment you can get for your room, and this room tour is not aesthetic. But hopefully you’ll enjoy it anyway!

Alright, I’m going to start with something on my dresser. Anyone have a guess? 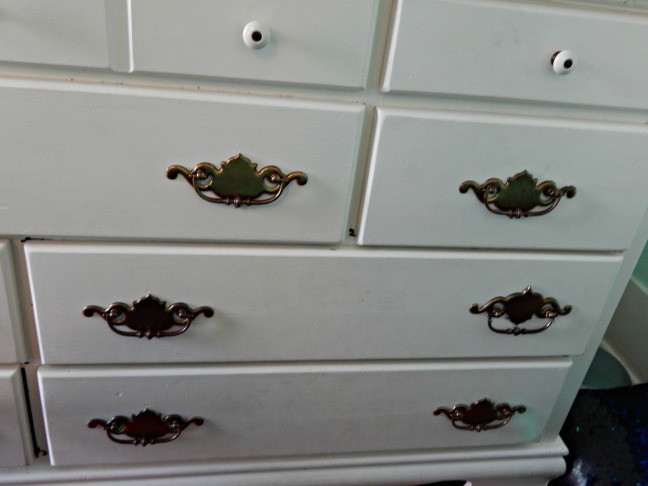 It’s Walter the dresser handle, mentioned in this post. Here’s a gold star if you remember that!

Walter is the only dresser handle that’s upside down on the dresser. I don’t quite know why. But anyway, he’s a good dresser handle.

Also in that dresser is my Tossed Sock Salad. I usually just put all my socks unfolded into my sock drawer and stir them around. I prefer to have mismatching socks. It makes a lot of sense because then you don’t have to only wear the green socks, you can wear two at once! Right now I have two teal socks on but they have different patterns. 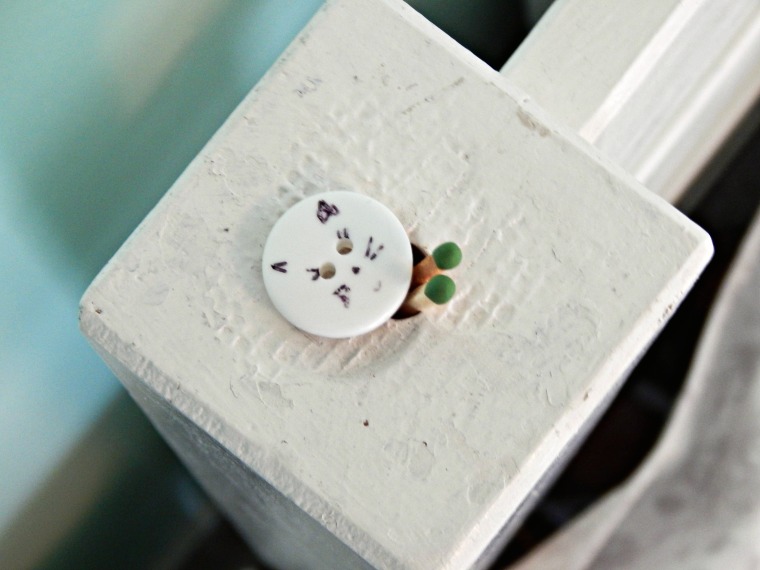 This is a cat button. Clara sent me this in the mail. I’m not sure why there are two matches in that hole, but it makes it look like the cat has legs. 😛

Not pictured is my encouraging rock. The seventh of January was Old Rock Day, and I found a rock stuck in the ice. I pulled it out and put in on the bank for safe-keeping. I call it my encouraging rock because… I’m not sure why. I think maybe I was saying it could encourage me from the sidelines? Anyway. I think I might spray paint that one too.

**UPDATE: I have now spray painted the rock and pinecones and two little sweetgum spikes. (Pippin Jr. and Merry Jr.) I still haven’t found a Frodo**

ARNOLD! My lovely goose who guards my thumbtacks! I got Arnold about a year and a half ago. My grandparents moved and they let their children and grandchildren look through the stuff they didn’t want before they gave it away. If two people wanted the same thing we had an auction of sorts for it. My cousin also wanted the goose, who used to sit by my grandparent’s wood stove, but I got it in the end. I have kept it in my room ever since. I just recently gave Arnold his name.

(My bulletin board is less Christmas-y now.) My bulletin board isn’t that strange. There is the poor donkey with a tack through its back, and the self-assembled pineapple that Charis sent me, and the dried flowers that have faded. So I figured it was worth showing you. I hope you enjoyed that. 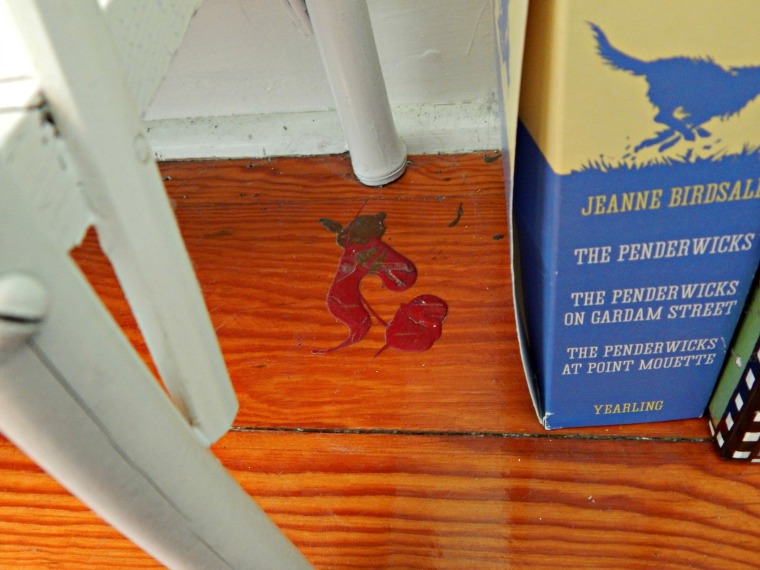 Lovely photo. Anyway, these paint splotches have been on the floor for as long as I can remember. I recently realized that they look like a mouse gazing upwards and a genie horse.

Next up is this cut off caterpillar. Allison and I got a bunch of photos from Shutterfly a while back and some of my pictures didn’t get cropped how I wanted them to. So now I have an interesting caterpillar picture.

There’s also my basket thing with over fifty pens/pencils/markers/highlighters. I don’t know how weird that is though.

Finally, I shall give you a peek at what is under my bed.

And that concludes my room tour. I hope you enjoyed it!

anybody looking for a crushed limited edition pepsi can?

what would make a good spray-painted frodo?