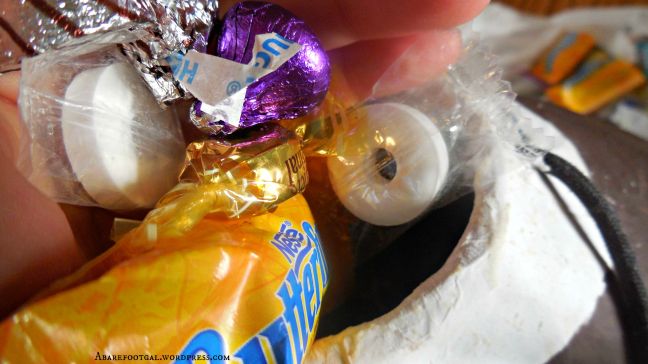 If you read my sister’s post you will know that my party this year had a woodland theme.  You also might know that I had a piñata.

Well, I knew I wanted to have a hedgehog piñata but when I looked on Pinterest there was nothing! So I had to make one up myself. There is one thing though, I took about half of the pictures on my Dad’s old phone which doesn’t import pictures on to this computer, so the first part will be picture-less (:O).

This tutorial will show you how to make the structure, and how to decorate it too. Shall we start?

To start with, get a normal latex balloon and blow it up to the size you want your piñata to be.

Then, mix the paste/glue.  I just mix 3/4 cup of water and 1/2 cup of flour.  Pour in some salt if you don’t want it to grow mold.  Use a whisk to mix it up. Make sure there are no LUMPS! *runs away screaming at the thought of lumps*

Dip your pieces in the glue and place them on the balloon (set your balloon in a bowl first).  Smooth the paper.  Yes, you are going to get messy and so is your workspace so it is good to put scrap paper or newspaper down first.

Keep putting on paper until all but a little of the top of the balloon is showing (the end where you tie the balloon off.)  That will be the place to put the candy in.

Put on another layer!  If you used scrap paper, use magazines next or vice versa.  That way you can tell which layer is which.

Make more layers! 5-6 layers will probably be good.  I did 7 layers which took awhile to burst even with nine 10-15 year olds batting.

When the last layer is finally dry, you can decorate!

First, take a needle and pop the part of the balloon that shows (the top part.)  Paint the piñata with white gesso.  Actually, this is optional, but if you don’t you will probably need at least two layers of brown.

After the gesso is dry, paint it brown.  If you can still see words through the paint you will need another layer. 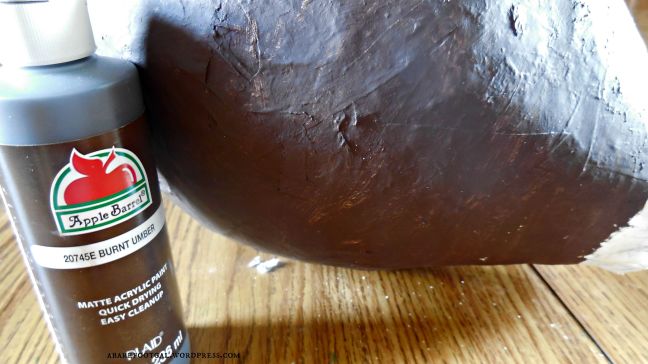 After the brown paint is dry, take a scissors and poke two holes in the piñata on opposite sides.  I would suggest poking them farther down from the hole than I did because several times the piñata came off the string.

Then make his head.  Get a piece of paper and cut it into a circle. Make that into a cone by cutting a slit to the center, and wrapping it to get a cone shape.

Before you put its head on pull the string through the holes. I used paracord because that holds a lot of weight.

Poke a toothpick through the snout.  You might want to hot glue it in place.  Then you can poke a black pompom onto the toothpick. Cut slits into the cone on opposite sides so you can put it over the string.

Draw eyes with a Sharpie.

Before you put the head on fill it with, yep! CANDY!

Now put the face on to make sure it fits.  Then use a hot glue gun to glue it on!  Happy Partying!

So now you know how to make a hedgehog piñata. I did take a picture of the finished result, but alas and alack, that was on my dad’s old phone too!

I have had a piñata at my birthday party for somewhere around six years.  Have you ever made a piñata?

15 thoughts on “How to Make a Hedghog Piñata”