**please note that there are a few affiliate links in here. thanks!* Hello everyone! I'm pretty sure a lot of you know how much I love snail mailing by now. If you don't then I REALLY LIKE SNAIL MAILING. There, now you know. Anywho, one of my pen pals and blogging friends, Laura, is doing … END_OF_DOCUMENT_TOKEN_TO_BE_REPLACED

Hello readers! Today I'm going to be posting an interview with Ella Marie of "February Fairy", formerly Pip of "Pip and Lolly". This is my first time participating in a blog launch tour and I had a lot of fun interviewing Ella Marie. First, here's a bit about her. Click below to see her blog! … END_OF_DOCUMENT_TOKEN_TO_BE_REPLACED

Yesterday Carmen suddenly decided that she wanted to write a guest post. I have recently read two interview posts that people did with their younger siblings (one is on a private blog, but the other is here) and I thought they were hilarious. So today I have an interview with Carmen for you to read. … END_OF_DOCUMENT_TOKEN_TO_BE_REPLACED Hello everyone! Today I have an interview I did with K.A. about gathering cattle. 🙂 Enjoy! **Every photo (including the one I used to make the poster) was taken by K.A.** M: How many hours of work are there normally in a gathering day? K: It usually depends... Usually we would get up at like … END_OF_DOCUMENT_TOKEN_TO_BE_REPLACED

YAY! Another Carmen Guest Post! Just so you know, Carmen is my little sister who sometimes does guest posts by telling me what to type. 😉 Enjoy! Hi. We have a kitten named Casey. She is black tiger striped and she’s really cute. She has big ears and big eyes and she’s ours. It’s really … END_OF_DOCUMENT_TOKEN_TO_BE_REPLACED

Hello everyone!
Today I have for you a post that has a very interesting essay written by Hayley and posted on Loren’s blog, then re-blogged by me. Quite confusing, right? Right. Anyway, I thought you might enjoy it! 😀

Hi! Hayley and I have been working on a post swap for awhile now. The idea was that we would each write an essay, send it to the other girl, and then post the essay we received on our blog. Hayley’s essay is about spontaneous generation, while mine is about the colossal squid (read it HERE, on Flourishing by Restful Falls).

From Smelly Socks to Evolution

This week in science I’m working with Chemistry. And you know? It’s really hard.

but to discover them! One really smart chemist, named Robert Boyle, said

scientists should “give glory to the one who authored nature.” Wouldn’t it be…

Hello. Today I have the guest post of AnonymousA. She won second in my giveaway and she decided on an interview! I came up with a bunch of questions, she chose ten of them, and we had a guest post. 😛 The questions will be in this color, her answers in this color, and my … END_OF_DOCUMENT_TOKEN_TO_BE_REPLACED

Hello folks! Clara won my giveaway and she got to make a guest post! We came up with some topics for the dogs and then we asked them to write about the topics. XD (Okay.. in reality Clara did Maude's and I did Maggie's) We also did the cats, but I'll save that for another … END_OF_DOCUMENT_TOKEN_TO_BE_REPLACED

Carmen's guest post is here! Enjoy! 😀 Here is what is special. Guess who my favorite blogger is, and then I'll tell you. K.A is my favorite blogger! Lets go to a picture. Here's a picture of my cake. Now look below. If you're wondering what that animal is, it's a bunny! I chose it for … END_OF_DOCUMENT_TOKEN_TO_BE_REPLACED 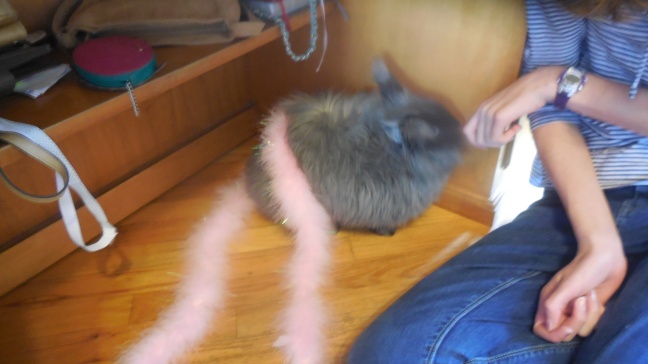 So here's a picture to start with. Take a look. You already looked at this picture, so I'm going to move on to my bunny again. My bunny is black, my bunny is white speckled, and my bunny is grumpy. If you know this, for my birthday, I got a pillow that you can make … END_OF_DOCUMENT_TOKEN_TO_BE_REPLACED

My little sister Carmen is going to do a guest post! I wrote down exactly what she told me to say, even some of the punctuation and smiley faces. She took all the pictures.  The title is... The Things That I Like  🙂 Enjoy! I have a camera and I just took pictures today. I also have … END_OF_DOCUMENT_TOKEN_TO_BE_REPLACED

By Logan About a month ago, Dad bought a new combine harvester, and it just arrived Saturday. It came from Jamestown, North Dakota. It was to big too fit on the trailer without taking off the wheels, so it arrived without the wheels on. They had to jack it up on the trailer, and it took from 5:25 to … END_OF_DOCUMENT_TOKEN_TO_BE_REPLACED