I’m determined to go ahead and write + post the general life update/recap I’ve been sort of making for the past month. The thing is, I keep taking too long to make it, so by the time I’ve gotten half of it done, another month’s worth of stuff has happened. But now I’m prepared to make my fingers fly! I think I’ll go with minimal photos too. We’ll see if I actually do that or not.

So waaay back in May is where I’m gonna start. We had some friends over towards the middle of the month and had a lot of fun doing strange stuff. Like having gum chewing competitions (our jaws were so worn out) and making origami butterflies with all the many gum wrappers, getting the Mule into tight places and me trying to use my not-so-great backing skills (I have yet to reach the skill level at backing up that my granddaddy has), and swimming in our green duck-weed covered pond.

We realized that canoe-tipping is really fun if you’re prepared for it. Also very tiring.

There was a lot of planting going on in May. I TRIED to plant sunflowers in Eeyore’s pasture, but she and I didn’t see eye-to-eye on what the end goal was. 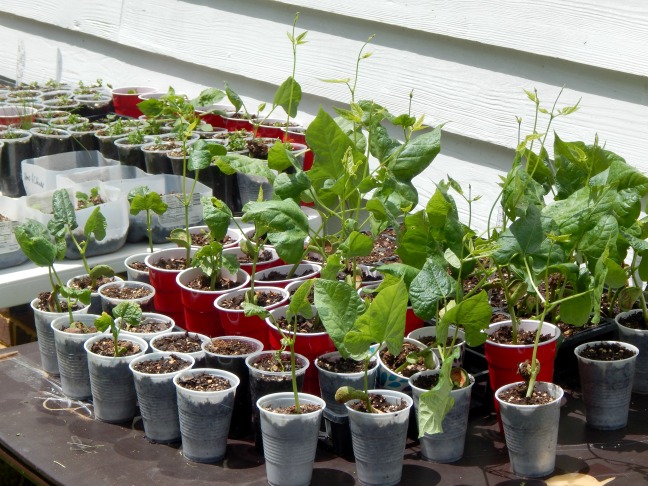 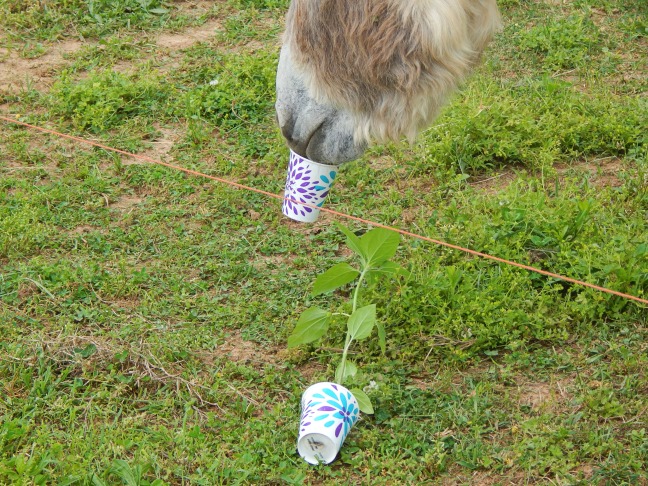 I don’t seem to be able to escape from painting. Last year we painted two houses, and this year we painted a rental house we have on our farm down the road. I tend to be a very messy painter, so I usually had splatters of paint in my hair or on my hands for the next few weeks. 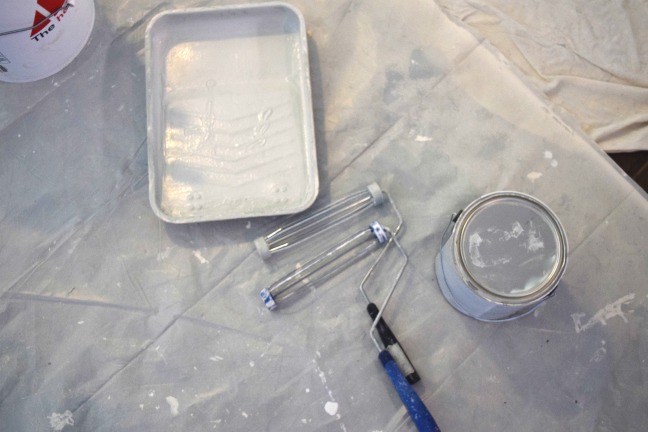 We did a good bit of hay too, but the stacking jobs conveniently slowed down when it started getting super hot and summery.

Ooh, this is a fun one! Do any of y’all remember me talking about the barn dance we had in our shop last year? Well, Sam wanted to have her dance here again this year, so we spent a week or so majorly cleaning the shop. 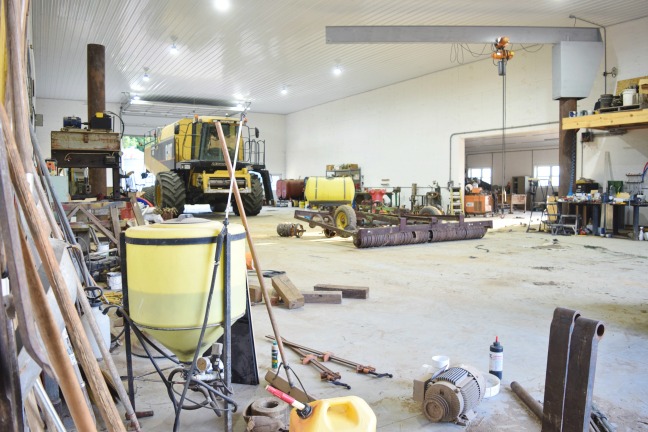 It went from this^^ 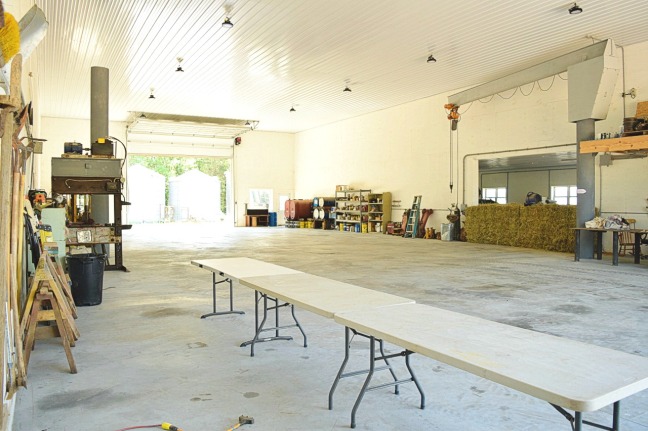 I didn’t get any pictures of the actual dancing sadly, but we had so much fun! My feet were exceedingly sore that night, hehe. 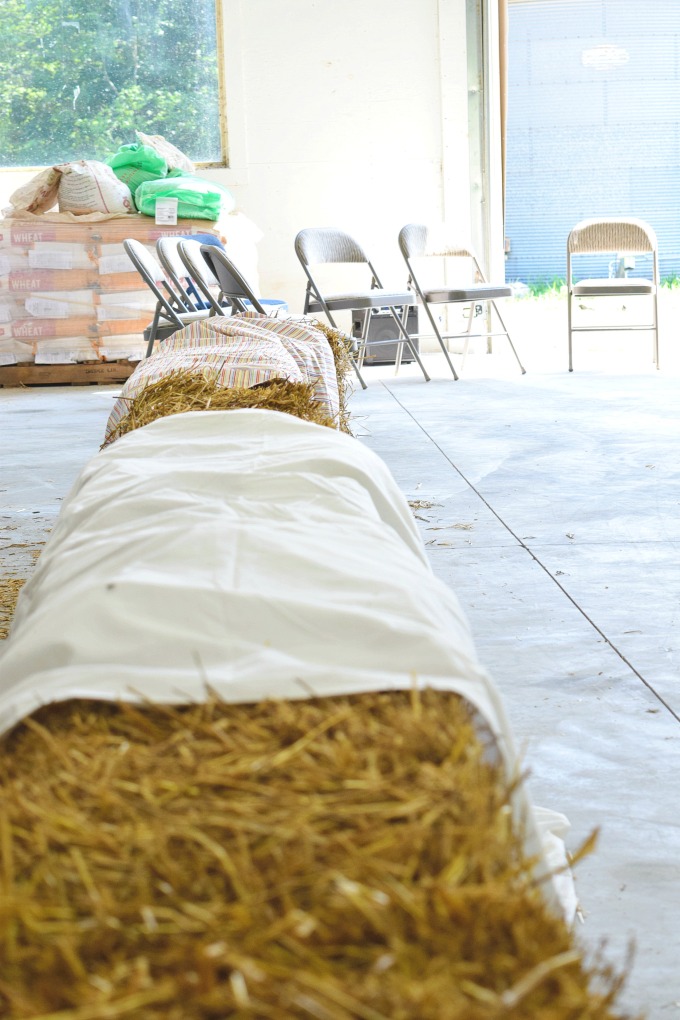 In June we went up to our old farm and stayed a day or two at our grandparents and celebrated my cousin’s graduation party!

We also went swimming with our cousin at our old neighbor’s pool, and as always, rode back on our grandmother’s truck. 🙂

Oh and I went shopping and got really bored and hungry waiting for my siblings to finish up, so I got a Walmart corn dog.

Oh AND! Charis came! I did a whole post about that HERE, so you can go read that if you haven’t yet. It was so much fun getting to meet a pen pal! I hope it happens several more times, because I have a lot of pen pals that I’ve yet to meet. 🙂

Right after Charis came our cousin’s came and we had a sleepover and did fun stuff. Hehe, I don’t remember exactly what we did, but I know we went wading in one of our creeks and Jianna accidentally got her phone wet so we raced home to put it in rice.

Moving on to July…

I did a lot of reading our cars’ owner’s manuals this summer, to get enough hours of driver’s ed in. One day I decided to make it more interesting by going out to Eeyore’s pasture and reading it there, but Eeyore was a major distraction and kept trying to rub against my camp chair and almost pushed it over a few times. 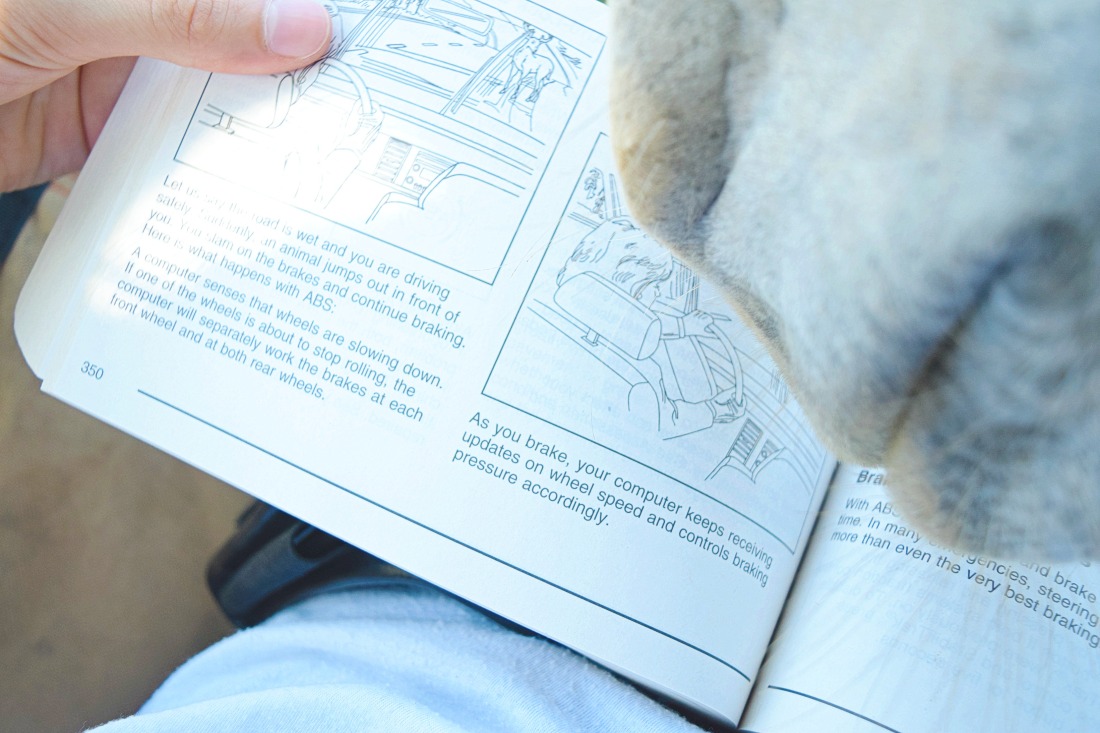 Our cousins came down again around the fourth of July, and we went shopping in a nice town a few minutes away from us. We ate at a fun little diner that just barely fit the ten of us, looked through the shops, including a massive furniture store which we lost a certain cousin’s phone in. (That phone has been on many adventures it seems.) But never fear, we found it among the maze of couches and chairs!

When we got back from that adventure, our grandparents had come down and we had a fifth of July (hehe) cookout with yummy food and later a bonfire. Oh, and sparklers! There’s an interesting story behind the sparklers too, but long story short my cousin and I, with the help of a nice random stranger, got over 100 sparklers when we thought we were getting about 20. XD 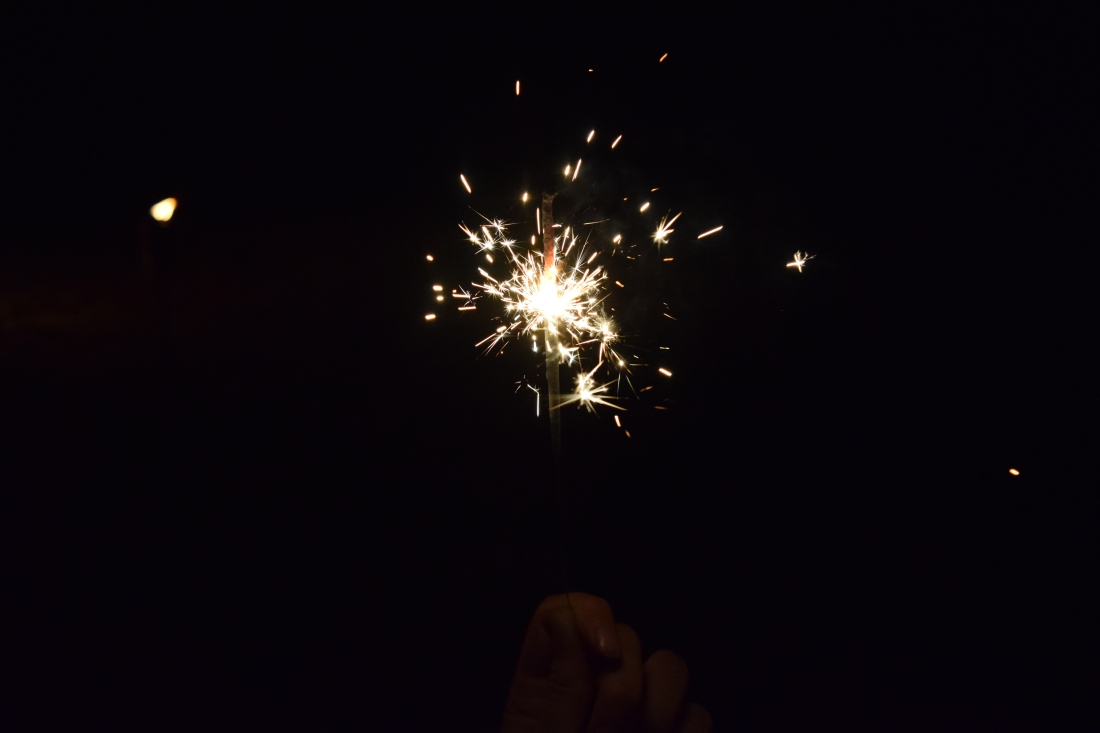 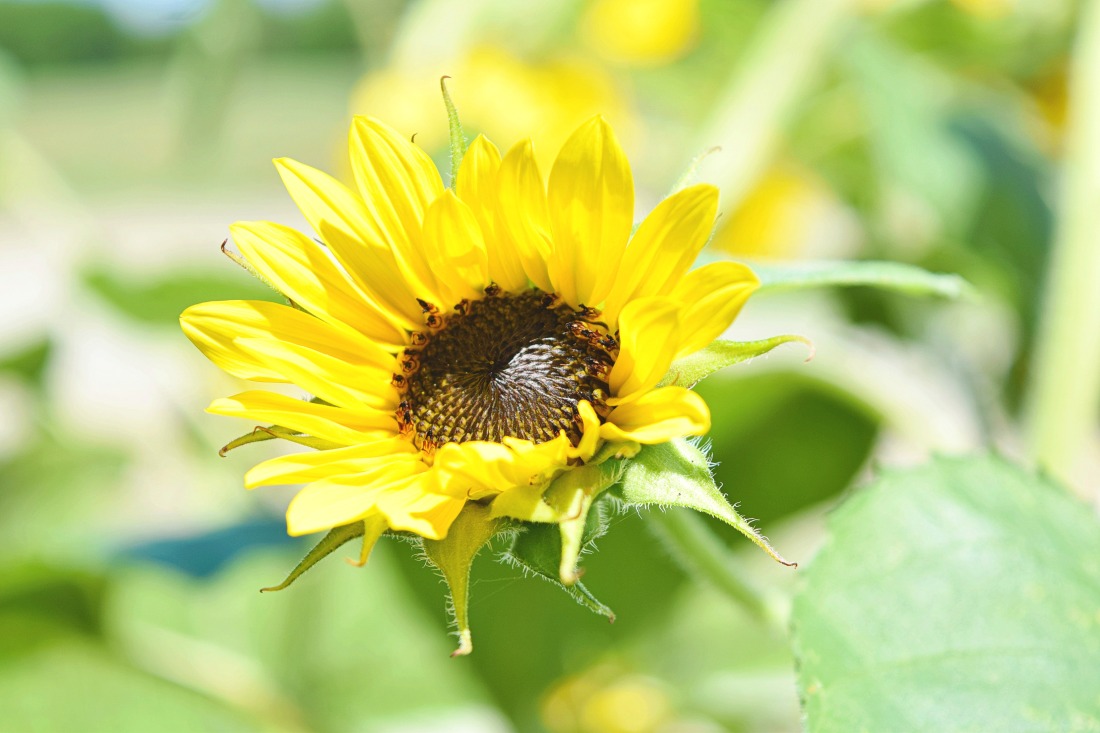 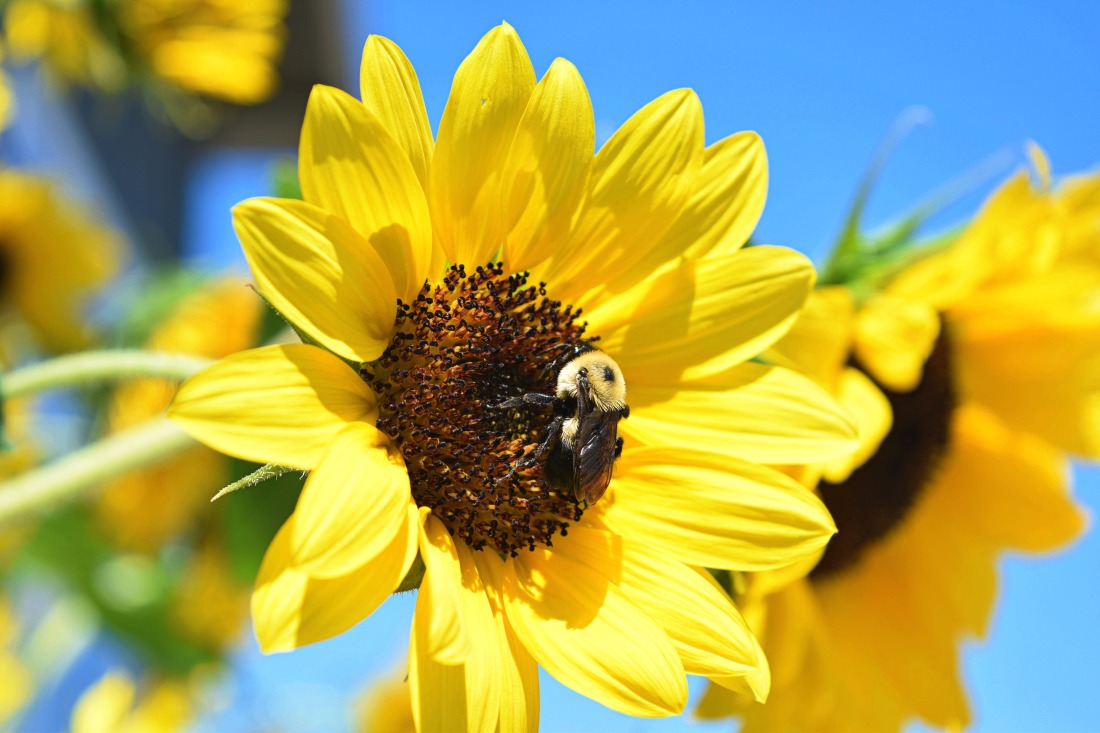 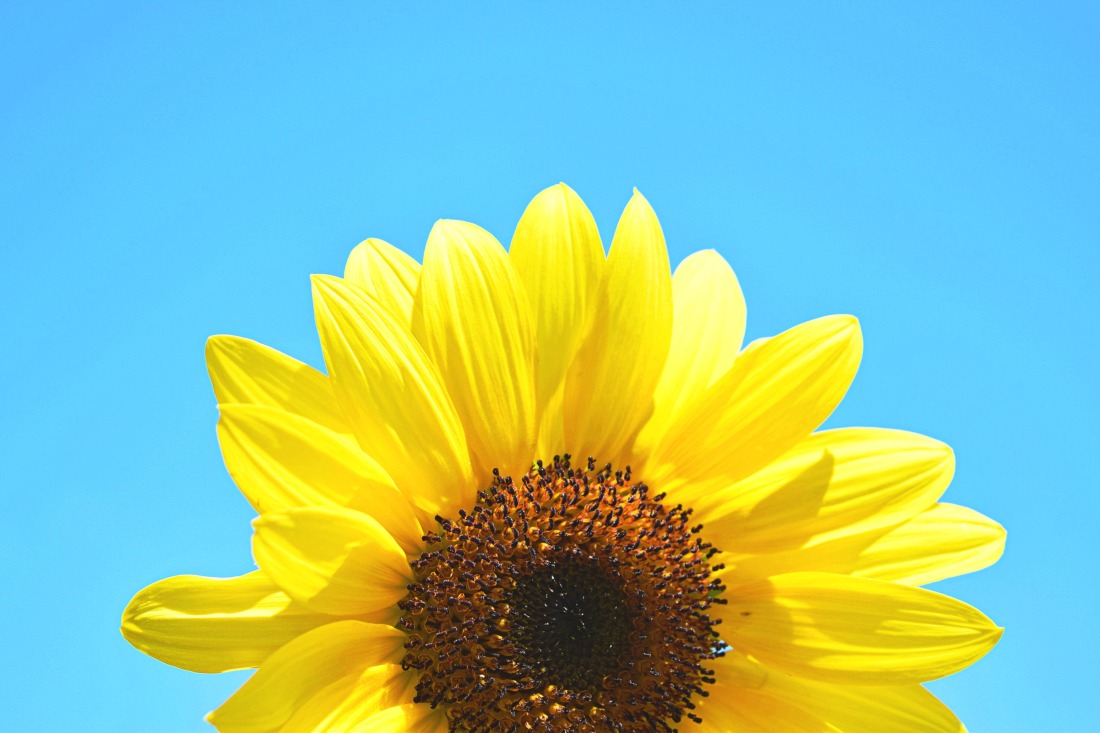 Oh, and something that was very memorable, I saw an honest-to-goodness real live music-playing ice cream truck! They’d always seemed like the stuff of legends, but when we went to a park to play volleyball once there it was! 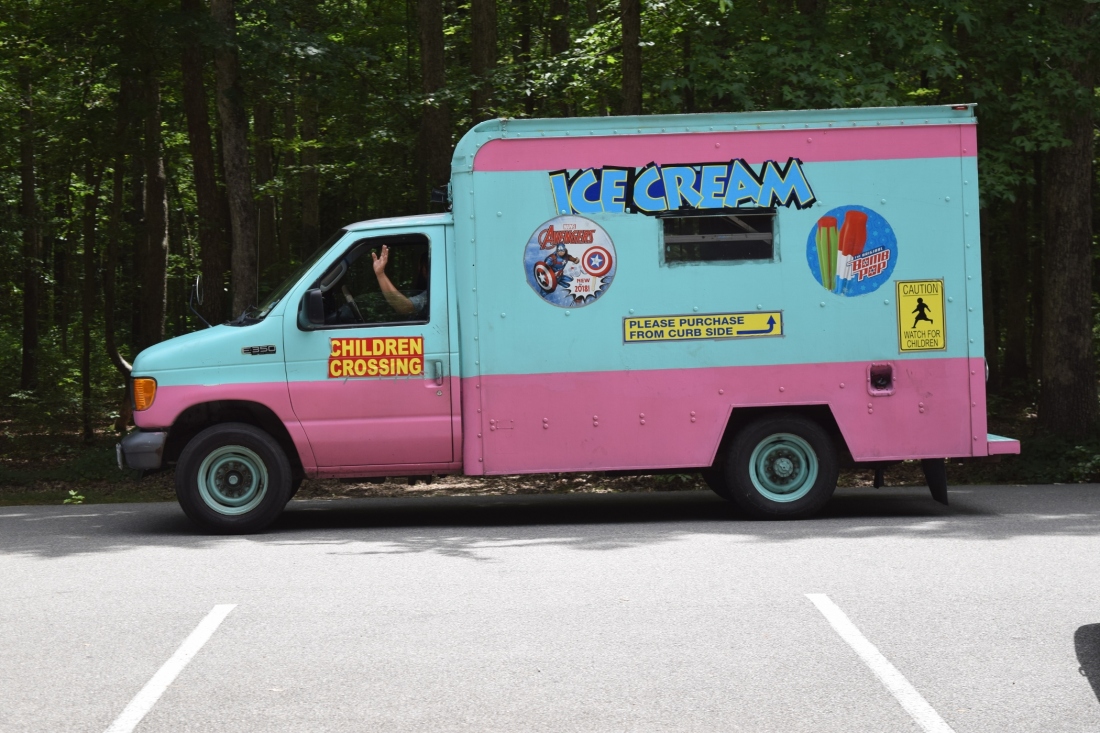 Jeff and I were quite distressed that we couldn’t get any ice cream, but at least we got to see it!

If anyone feels bad about being messy when creating things, then I’m here to say you’re not alone. Here’s my desk after writing a few letters.

Throughout July my older brother and sister and I had several ballroom dancing lessons which were so much fun! We did foxtrot and swing dance and group dances and had a lot of fun. One of the nights a few friends and I convinced several people to wear yellow. And then we documented some of the yellow-wearing-people with a very low-quality phone photo. Hehe! It was so much fun though, and I was happy to learn some new stuff!

At the end of July we had a bonfire with some church friends and ate s’mores and sang a bunch of songs and had a great time.

I also accidentally took a photo of my foot.

Not that much has happened in August yet. Allison and I did finish decorating our room, so look out for a room tour here soon!

We also went on a really fun vacation to NC to visit Allison’s friend and be at her surprise party. Probably more on that later, but perhaps not. We shall see! 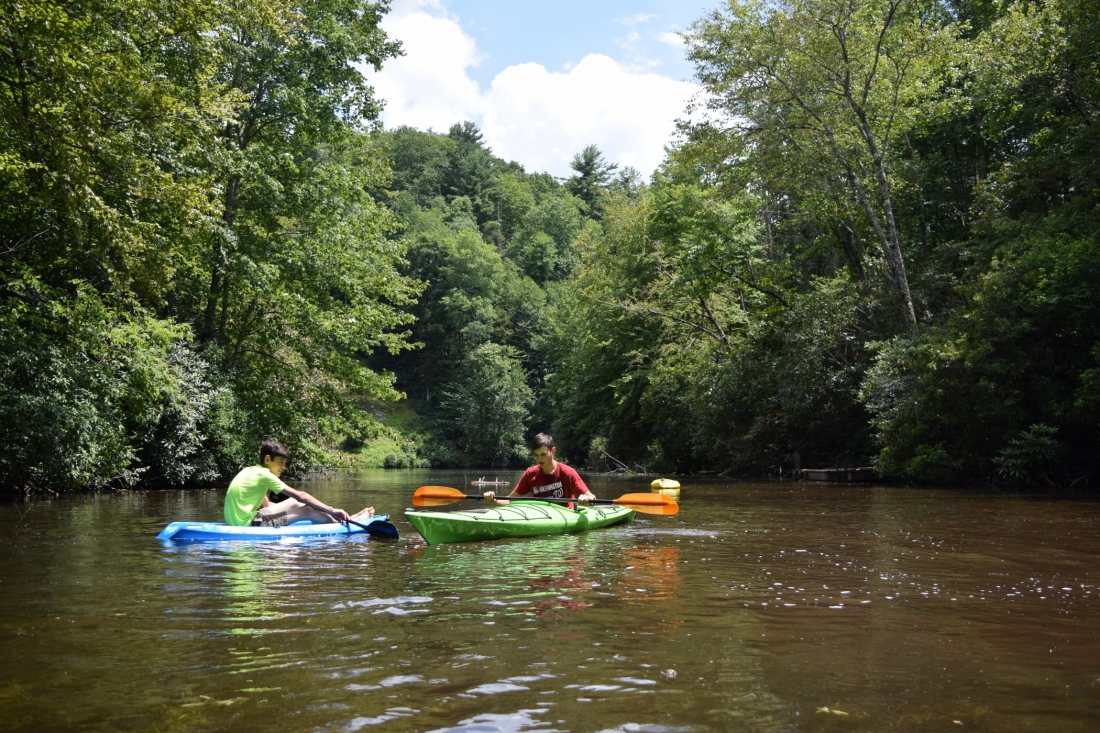 PHEW. That feels good to have all that written and done with! And heh, I didn’t really do minimal photos BUT I DID IT, I WROTE THE POST.

One last thing before I go, if you like taking surveys (well, even if you don’t) I’d be much obliged if you could take the blog survey I made!

Alrighty, have a nice day everyone! I’m off to go pick some melons! 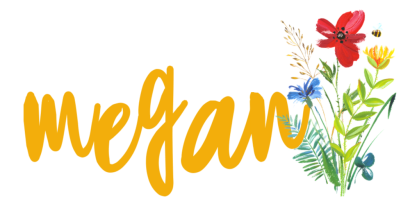