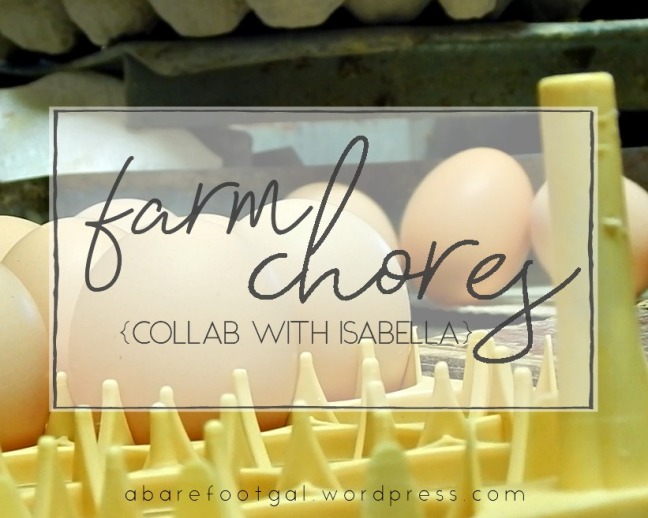 Hello everyone! Today I have a collab that Isabella (who blogs over at The En Pointe Dancer) and I have been working on! Since we both live on a farm we thought it would be neat to share our farm chores and then do a sort of compare and contrast. I hope you all enjoy it!

I basically just have two farm chores right now. We do some garden stuff in the summer, but right now it’s just bunnies and chickens. Of course I have house chores, but I don’t think they’re very unique to farms. 🙂

Feeding the bunnies doesn’t take long. Allison and I take turns doing it, so I do it every other day. We have six rabbits (Diamond, Lily, Willow, Olaf, Basil, and Snickers) right now. The first five – the does – are in one pen and Snickers is in another. I give Snickers his food first and then give the does their food. It’s about 1/3 cup for Snickers and a heaping two cups for the does. I also give the rabbits some hay sometimes, and occasionally a willow branch. Then I refill the does’ two water bottles with water from the hydrant outside the bunny cage, and refill Snicker’s water bottle if it’s getting empty. 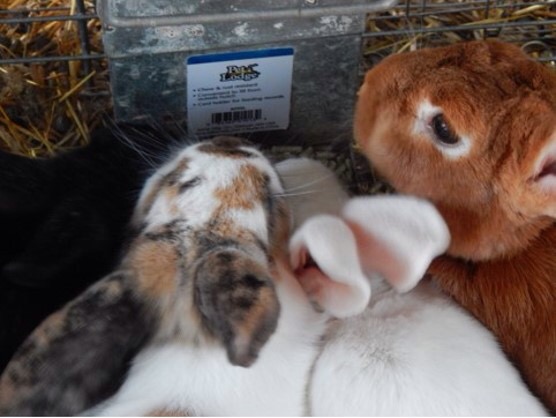 So that’s pretty simple. The chickens are a little more of a task. We have an employee who does it 6 days out of the week, so we usually gather on Saturdays or Sundays (depending on which day he has off) and then weekdays if he’s sick or something. We have 27,000 (yup, twenty-seven thousand) chickens spread out over three houses. Right now we’re getting about 110 flats in each house, and there are 54 eggs in a flat. Over all the houses we get 17,000 eggs per day on average right now. The peak was about a month or two ago and we were getting more like 20,500 eggs.

Now that I’ve told you some of the stats, I will explain how we gather eggs. I took some pictures too, but all of them (except one) will be in black and white since the lighting in the chicken houses is awful. 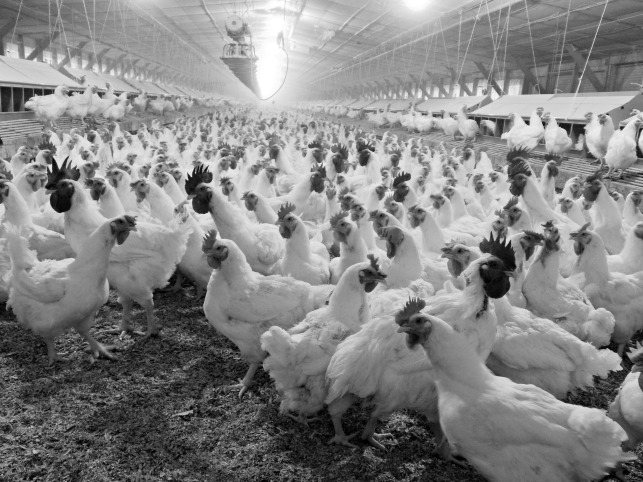 When laid, the eggs roll out of the nests onto the conveyor belt. Back at the gathering room you just flip the switch and the conveyor belt brings the eggs to you. The gatherer gets a flat and puts the eggs into it, point down. The eggs come in lots of different shades. Some also have speckles and some don’t.

We load the flats onto metal carts that get stored in the egg room that is kept at a certain temperature. Every cart holds ninety flats. 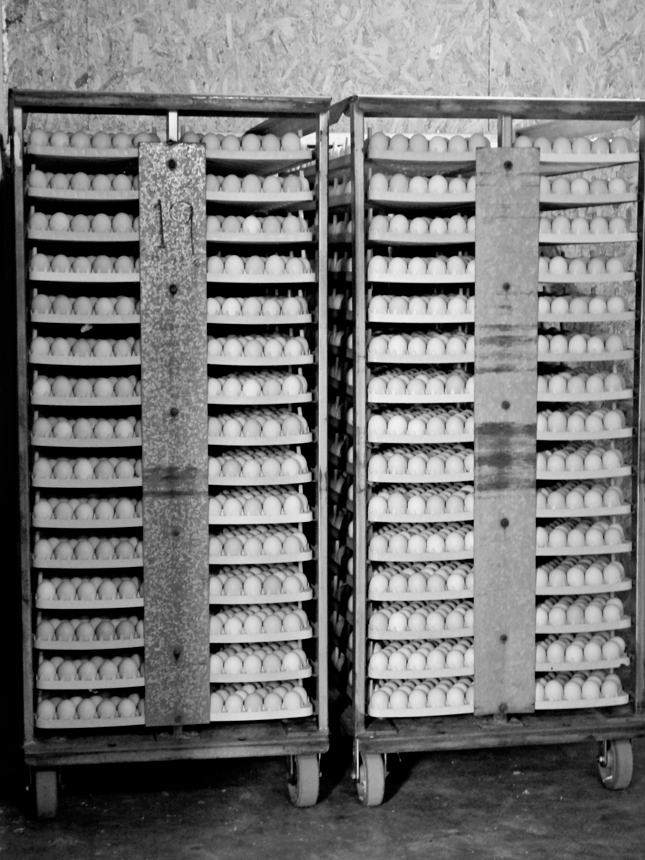 Gathering eggs would be alright if that’s all it was, but the worst part is all the dirty eggs. Any eggs with blood (gross, I know), manure, or yolk  on them need to be cleaned. Any scratchable/wet stuff gets scraped off by a knife or wire scrubbie thing or else wiped off with a paper towel. When you finish with that process, you have to wipe the eggs with Clorox wipes before you can put them in your flat. In the mornings when we gather eggs there can be about 100 dirty eggs per belt. On average I’d say I spend about 20 second on each egg, but that is definitely an average. Some eggs take over a minute and some eggs take about three seconds.

Besides the good eggs, we also get double yolk eggs, too-small eggs, wrinkled eggs, and soft shelled eggs. Occasionally we’ll get a rare egg like an egg-within-an-egg or a triple yolk. We put all of these eggs except the soft shelled ones in green flats, and we put the soft shelled and broken eggs in cardboard flats. 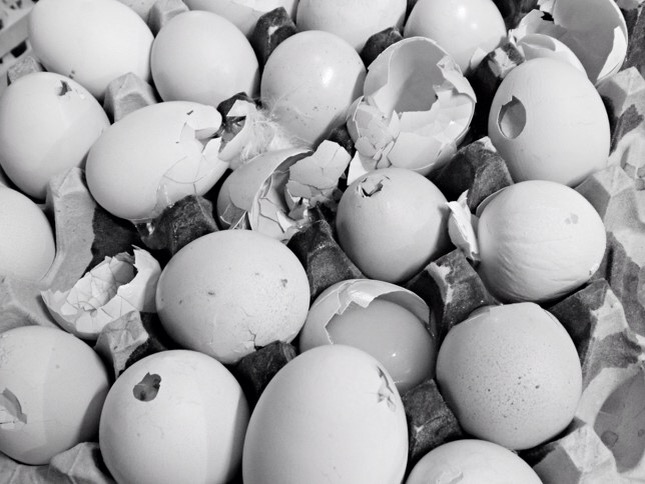 Here are the similarities and differences we came up with.

Similarities:
Both have chickens, even though our chicken houses get about 17,000 eggs a day and Isabella gets about 12 eggs a day.
Both have other animals as well.

Differences:
Isabella has more of a schedule whereas the time I do my chores varies.
Isabella has to get up earlier to do her chores.
We both have chickens, but we have a lot more chickens.

Now go check out Isabella’s blog to see her post! I hope you enjoyed reading this collab! 🙂

what was one thing you thought was interesting?

what are some differences and similarities you noticed?