This is several days late, but better late than never! 🙂

My summer seems kinda run together, so I’m not quite sure what all happened in July. Thankfully I have pictures to look back over to see when we did what, and so I shall write about our adventures in July.

Let’s see… well, our garden has been thriving.

The pumpkin, cantaloupe and honeydew plants exploded and our garden is quite puffy with green leaves. We got a record zucchini a few days ago – it was eight pounds and about nineteen inches long! We also have tons of gorgeous zinnias that have been harvested many times but still look as cheery as ever! 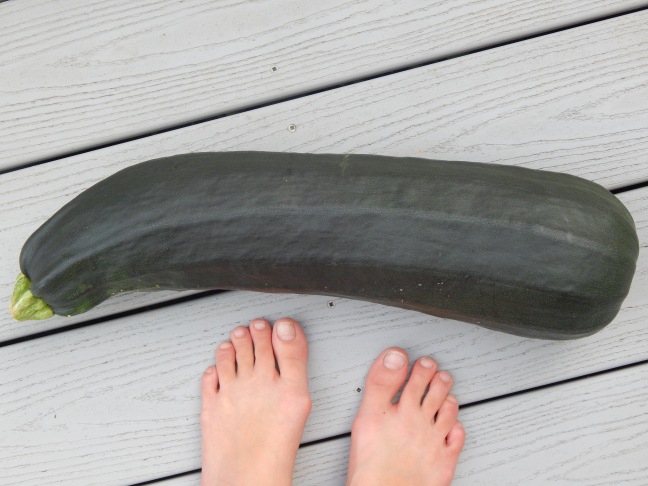 On the third of July we went to see some fireworks with our cousins and grandparents. Sadly they were behind the mountain for some reason so we didn’t get to see many. We did get to make some words with sparklers which was really fun! The pictures below were taken by my aunt whose photography website is here. I did the backwards Y (there is another picture where it’s corrected, but I don’t have it on hand sadly) and the S.

On the fourth of July we went to our friends house and played baseball, ate food, played with pop-its/had a pop-it war, did an Independence Day quiz, played Bean Boozled, walked around their neighborhood while looking at fireworks, and played a tiring (but quite fun) version of Ninja.

We found a snapping turtle in our driveway around the middle of July. Maggie was trying to bark in it’s face and then leap back before it could bite her, and it just stared grumpily at us while we took pictures. It was rather an ugly beast. 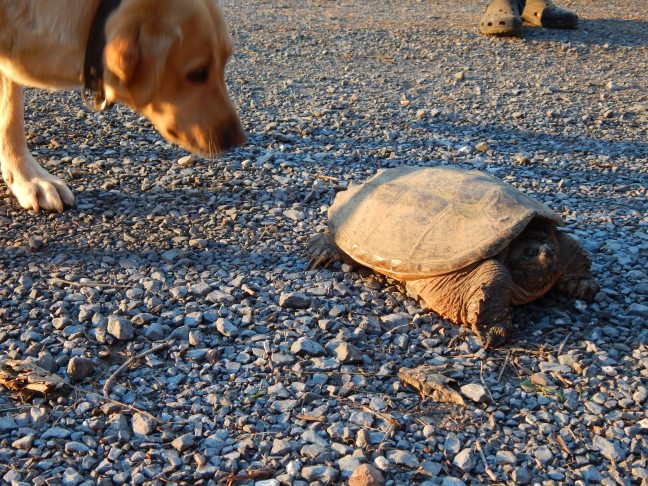 We got our free 7 11 slurpees in the evening of July 11th. They were out of most everything, and so I got a cotton candy slurpee. It was pretty sugary and not the best thing I’ve ever tasted, but it was still fun. I also learned that apparently you can take any size of cup into 7 11 and fill it up on July 11th for free.

We studied praying mantises in Nature Study and I took some pictures of a little praying mantis that we captured. After I finished taking pictures he leapt onto my nose which was a little startling! 😛 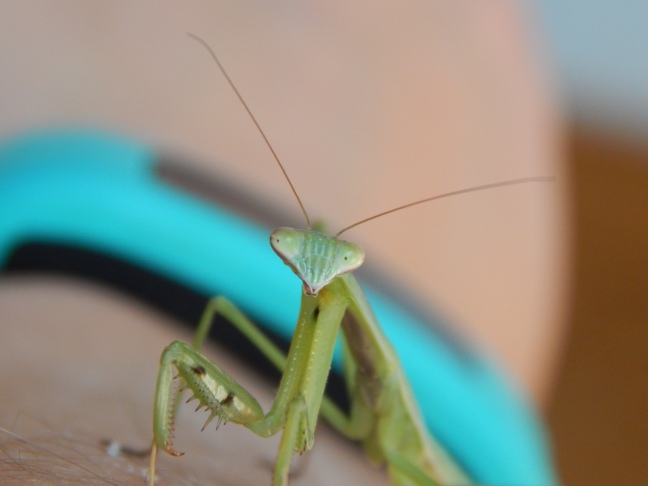 We had an Artist Trading Card party with some friends a few weeks ago. We had already cut out several blank ATCs and had various art supplies laid out on the table. We found some art inspiration on Pinterest and put a slideshow on our laptop with those photos. (Oh, by the way, Hayley‘s hosting another ATC trade! Read about it here.) 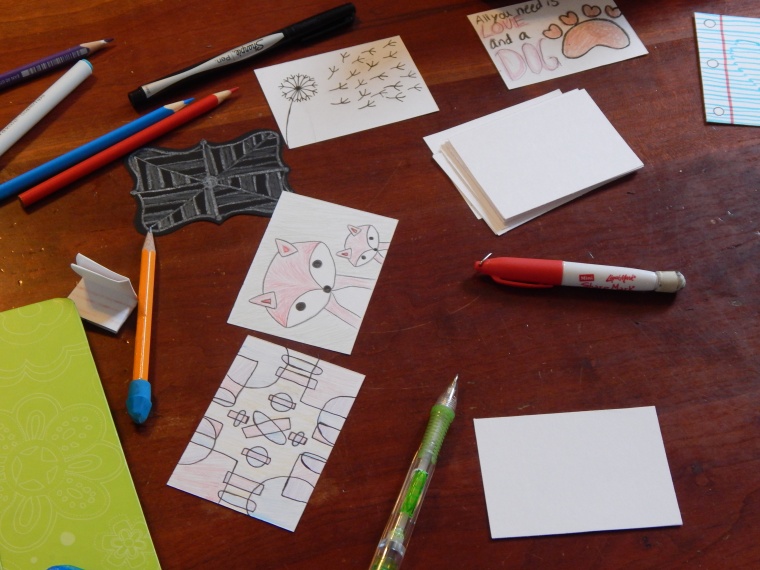 We went on a short camping trip with my dad’s side of the family later on in July. We ate snacks, played games, made bonfires, swam, and did many other things. It rained really hard one day that we were there. We fled to a shelter/pavilion nearby and played Uno and Apples to Apples. 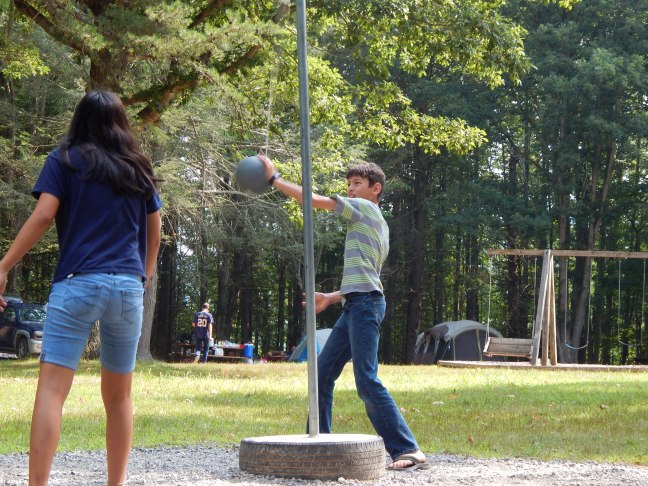 We also played with the bunnies (who are growing rapidly), watched three black swallowtail butterflies hatch, I climbed a (small) silo, and got scolded by two hummingbirds while I was taking pictures in our mimosa tree. 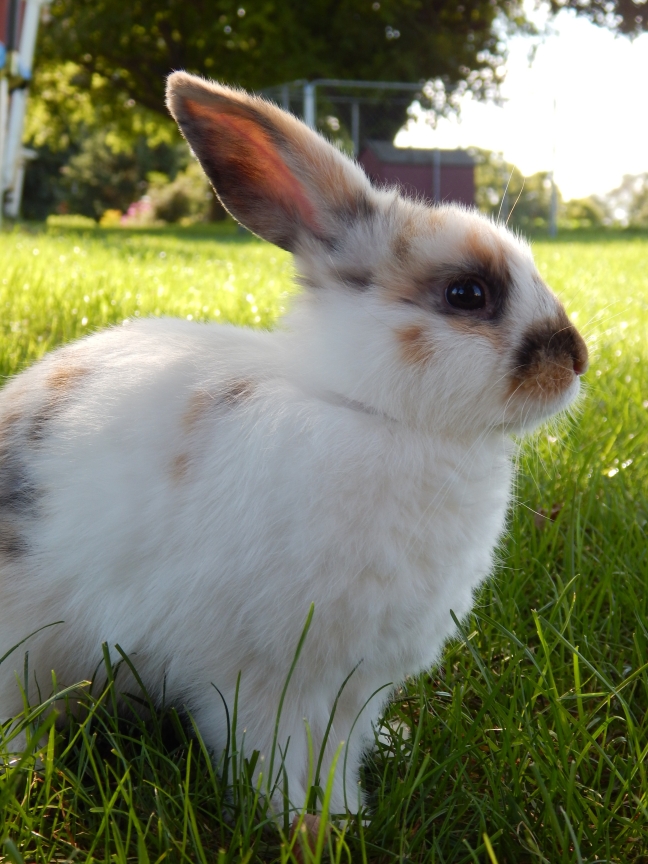 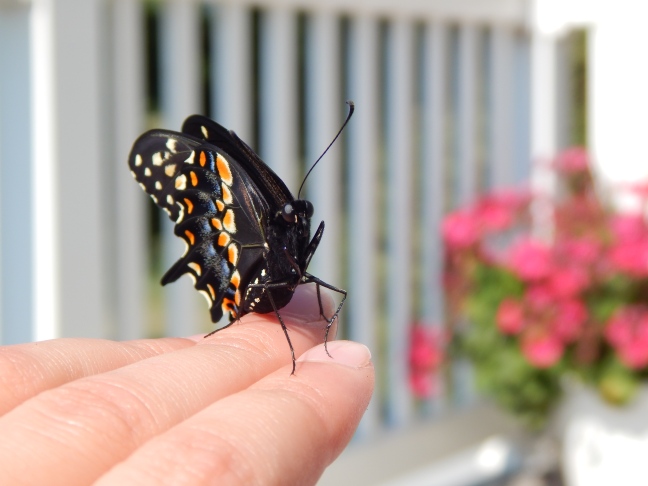 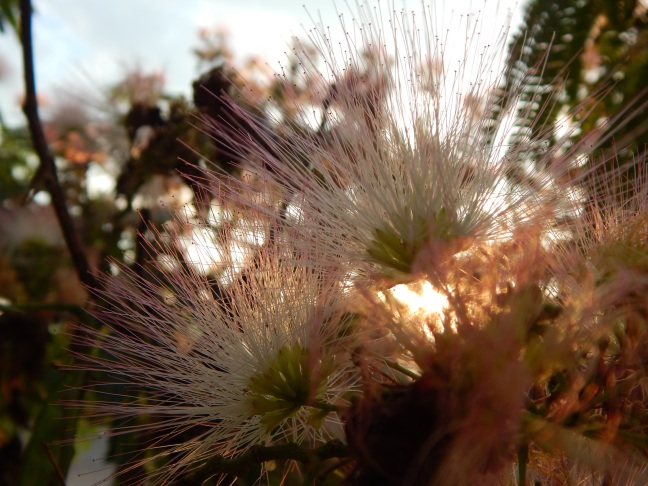 That’s what happened in July! We’re going to Florida in August, my birthday is at the end of the month, and it’s the last month of summer break. We’ll also hopefully have the bunnies sold by September.

what did you do in july?

what are some of your plans for august?