The baby bunnies have grown much in size and in fluff over the past couple weeks. They’ve also gotten a lot more curious. And we’ve named them all! The black one is Mulberry (named by Carmen), the white and black one is Herbert Nininger (named by Jeff), the brown and white one is Ginger (named by Allison), and mine is Basil.

Today I’m just going to be doing pictures of Basil (and one of Mulberry, who got into a picture) but later I’ll post some more of all of the baby bunnies. 🙂

Baby bunnies make just about anything better. (Even math! Shocking.) 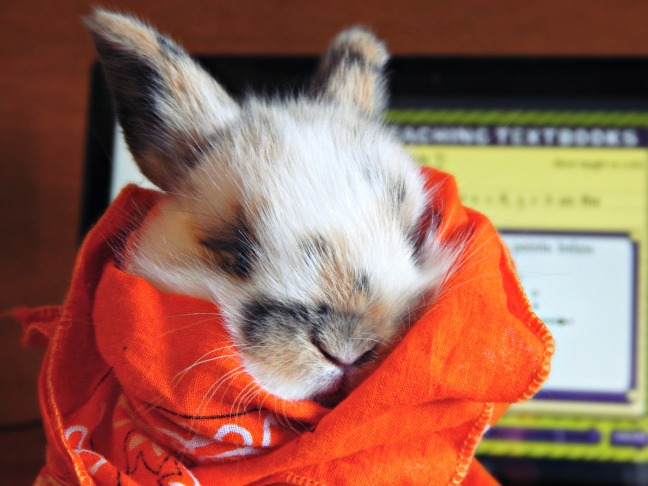 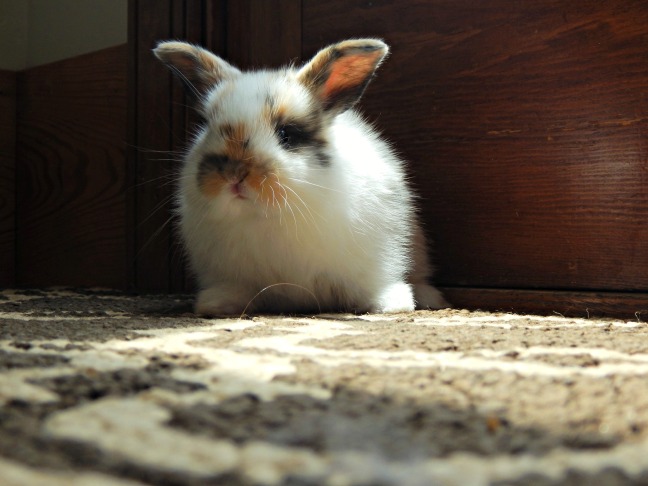 She can hardly fit in my hand now! 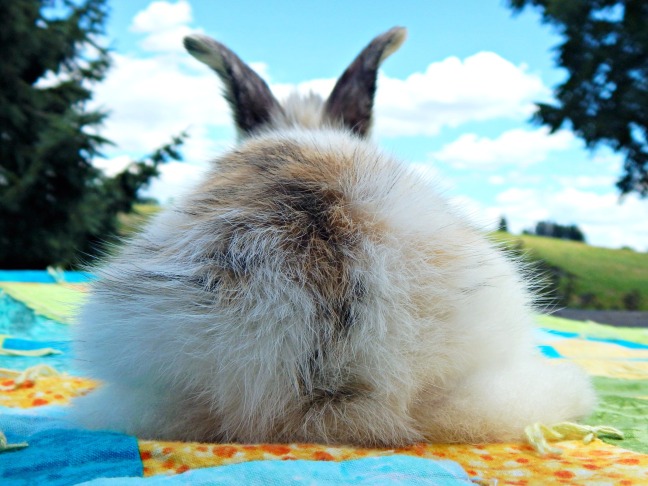 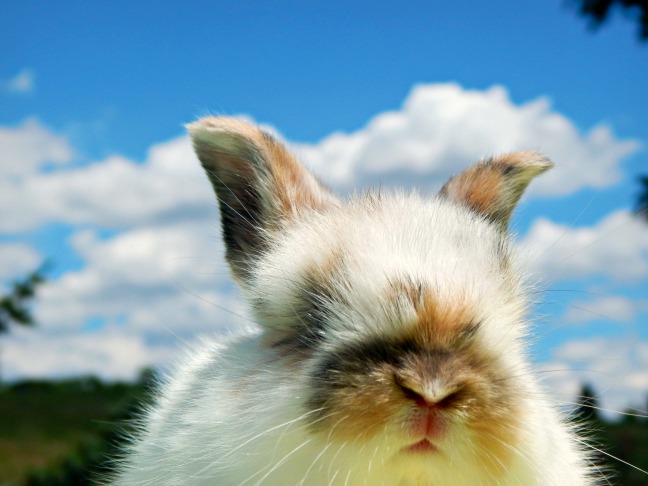 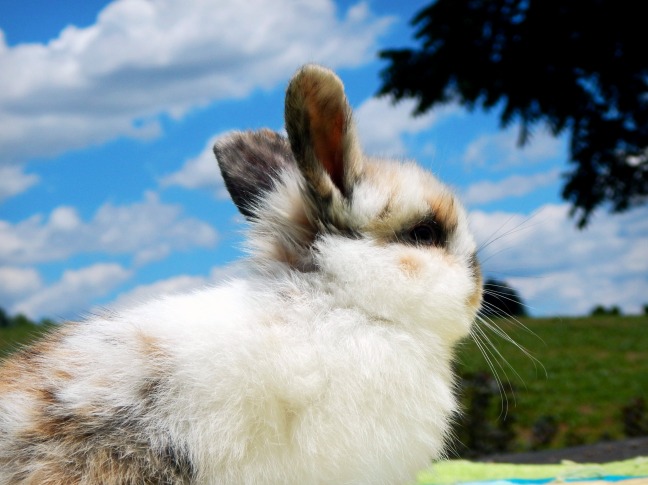 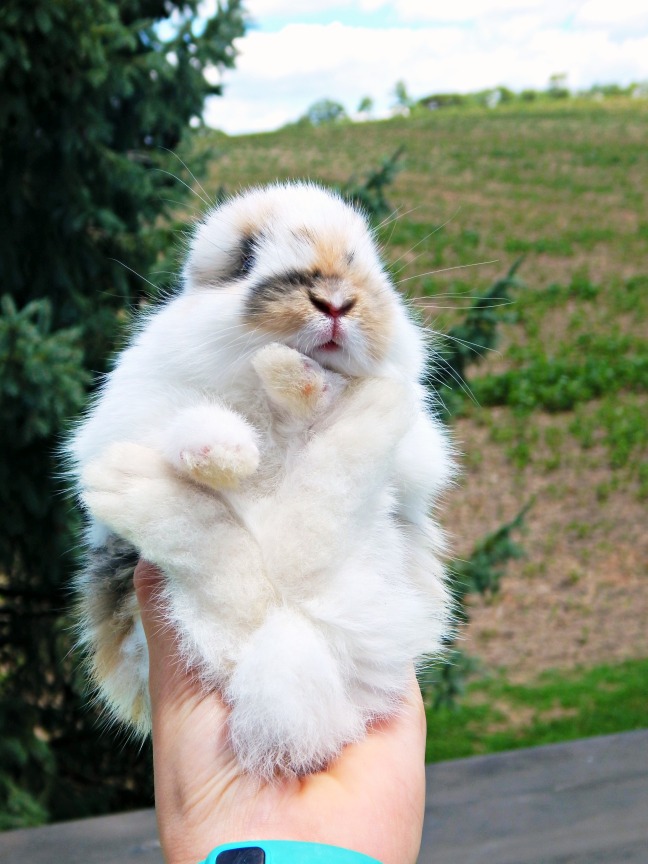 Basil has been trying to eat lots of things. Some of them include…

But overall, she’s a very great rabbit. I hope her ears lop soon! Clemmie would be most pleased if she does have lop ears. 😛

do you want a baby bunny yet?