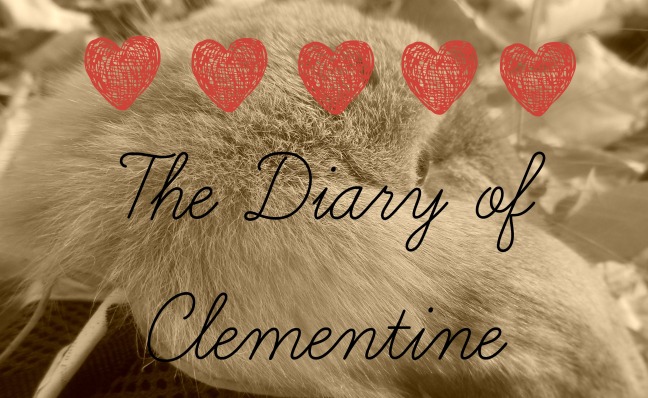 Hello, one and all! The great Clementine is back. I almost didn’t write an entry for this month, but I’m squeezing it in, just for you.

(Oh, if you want to see my other entries, go HERE.)

So. Megan didn’t take many picture of the big rabbits in September. She took a few of me though, thankfully. I don’t think you guys could survive without a monthly dose of my cuteness.

She also got a picture of Lily. I’ll put it here since Lily’s my favorite rabbit.

But mostly what she got pictures of was the baby bunnies.

The are quite popular among the human’s friends, as you can see it the picture above. I think one of them was talking about putting them on Instant Graham Crackers or something. (Instagram, Clemmie. It’s Instagram.) Whatever. (Clemmie…)

ANYWAY. If MEGAN would stop INTERRUPTING I could show you more photos. Look Megan, now I’m all afluff. Or do you say ‘in a huff’? Human language is confusing. 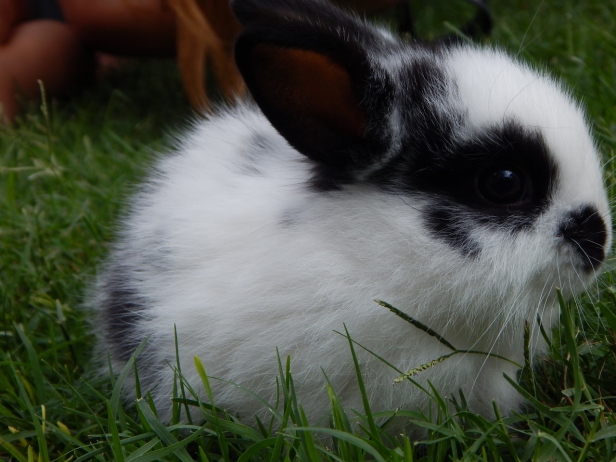 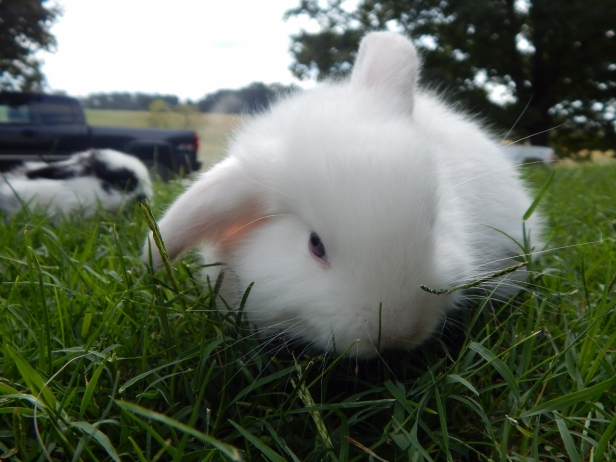 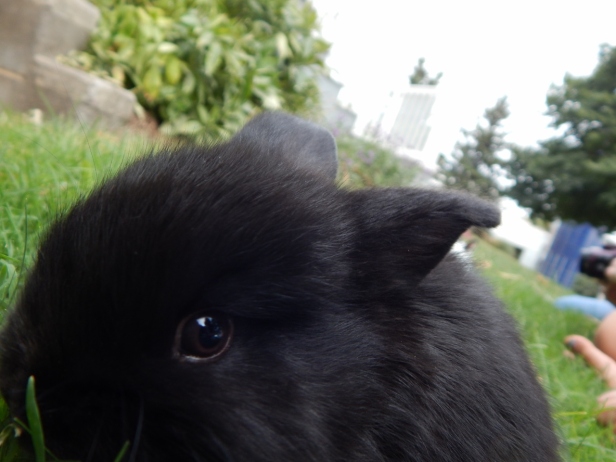 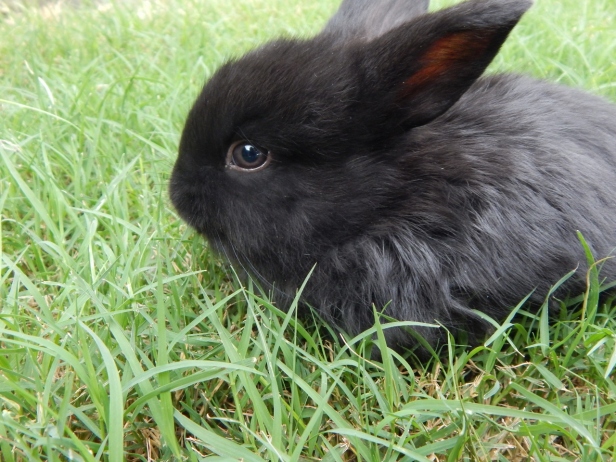 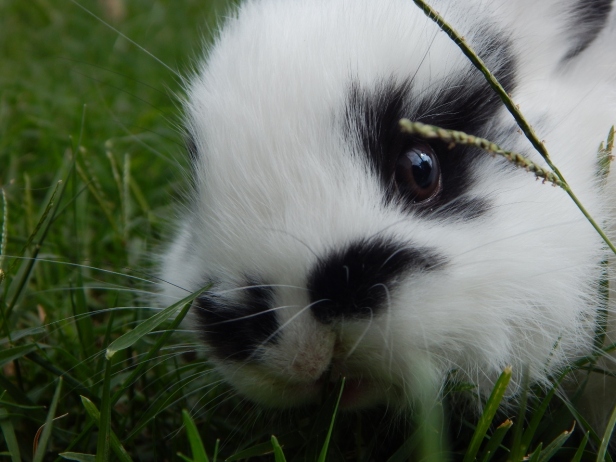 Sadly, the little flufferpuffs will soon be gone. Lilac and Hank already went to their cousin’s house, and Drover/Maple* is now with a lady who has a petting zoo. She should do good in a petting zoo though. Sniff. She was my favorite. Her ears were like mine… (Goodness Clemmie! I had no idea you had feelings towards anything else besides yourself.) What!? I have feelings towards lots of things. I like baby bunnies and Lily is a fairly nice rabbit. And I have strong feelings for willow branches and food pellets.

(*Drover is a girl, so they re-named her Maple. The lady who got her named her Pearl)

Pippin, the newest big rabbit, is a complete scardy-bunny. Whenever the humans make a slight noise he runs about a gazillion laps around his pen and then stops and goes all tense. He’s a weird creature.

Oh, that reminds me of another strange thing! On Tuesday Megan made a bunny Christmas card using a picture from last year and a recent photo of Pippin. Don’t ask me why she did it. She can be a bit of an odd human. Do you want to see the card? Okay.

Sigh. It’s raining now. Rain makes me feel gloomy and angry and sad. It makes me want to chew Diamond’s fur off. (Clemmie!) Well it does!

I think Megan and Allison are going to try to put Willow back in our cage soon. I always get so mad at bunnies who are new to our pen. I mean, Willow used to live here, but that was months and months ago. Now she lives all the way in the pen beside us. She has no right to come into our territory! No right! She should just stay put, or she’ll get half her fur chewed off if she sets paw in our pen. (You are rather violent today, Clementine.) It’s the rain, I’m telling you. Rain ruins my mood. (Not that you’re ever in a good mood.) True…

Well. Before I start to get even more viol- HEY!! SUN! AND A RAINBOW! GOODY!

Well, Clemmie is doing a victory dance, pretending that she has commanded to sun to shine again. Don’t tell her that there’s more dark clouds coming up soon. Ooh, the rainbow’s fading. I’m getting out of here – Clemmie’s going to be so mad.

In case you were wondering, I typed the “HEY!! SUN!” part just as I noticed there was sun and a rainbow. 😛

22 thoughts on “The Diary of Clementine ~ Entry 9”