Hello everyone. It is now time for Clemmie to write her sixth entry! 😀 If you want to see Clemmie’s other five entries you can go to my page right HERE where I have put them all on. 🙂

Let us begin. This is the outside of the pen. In the spring and summer big noisy bumblebees are always buzzing about (that was a snippet of one of my many talents, alliteration) and it is very annoying. Sometimes they even dare to come into our very own pen! (Clemmie… you aren’t behaving the nicest ever…) Will someone please tell Megan to stop interrupting? 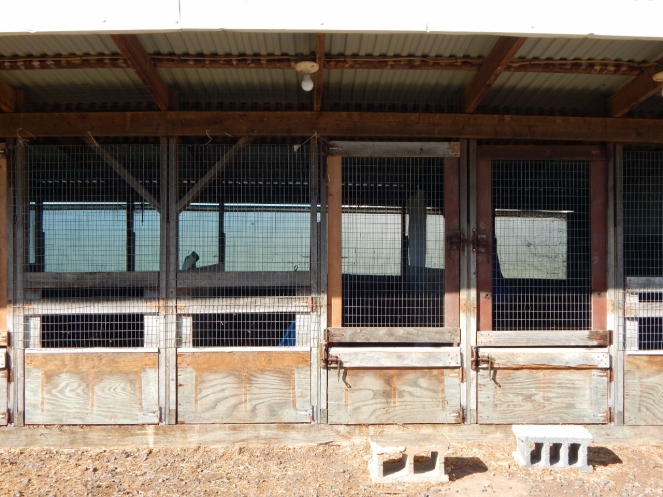 When you open up the door… well. There isn’t usually a slide, but for some reason the humans decided it should be in the pen. Don’t ask me why.

The bunnies that inhabit this pen are… 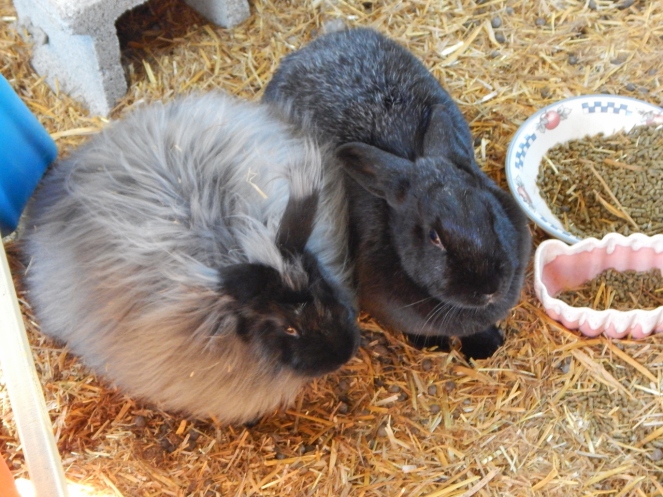 MEEEE!!! (Basically one year old) (she’s rather vain, but true. Her birthday is on May 03)

There are two other pens used for bucks (but the one they had died. 😦 ) or rabbits that need to be appart from each other. The one is basically used for all the things they don’t want us to chew on: 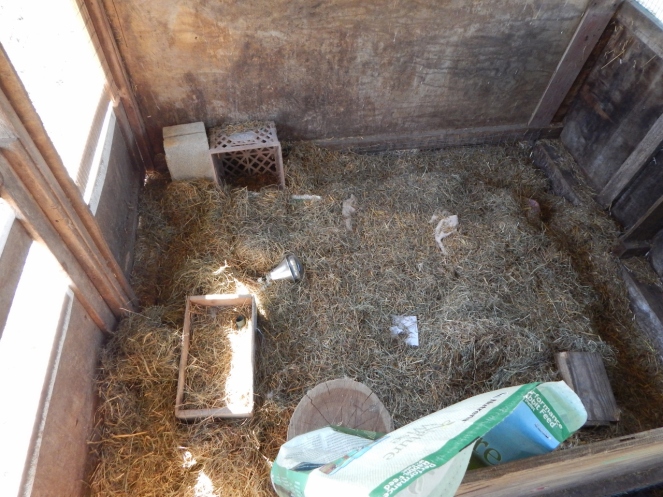 The other is fairly tidy. I’m actually in this one now, but I have no idea why. Maybe it’s because the other rabbits don’t always get along with each other. 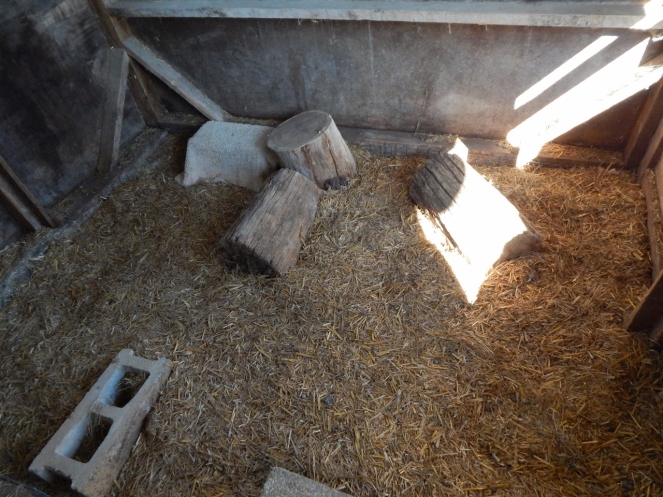 On the sides of the pens there is chicken wire. It doesn’t seem to be cowardly, but I guess I haven’t had many conversations with it so I cannot truly know.

My, my Clemmie, it appears you have fallen asleep on the job. Oh well.

I hope you all enjoyed this little tour. 🙂

Next post should be a re-blog or else some farm life. 🙂