Hello everyone! I’ve been enjoying the past few days of springy-ness! 😀 How about you?

Yesterday we worked on a path in our grandparent’s woods. They have a fairly good sized wood, but the problem that is when its warm tons of brambles and weeds spring up. So, since there weren’t any leafy things, we decided to go for it! With our rakes, pruners, more rakes, and more pruners, we cleared a fairly nice path.

There’s the part close to the beginning…

Clearing the path! We had lots of tools to make the path with. 🙂 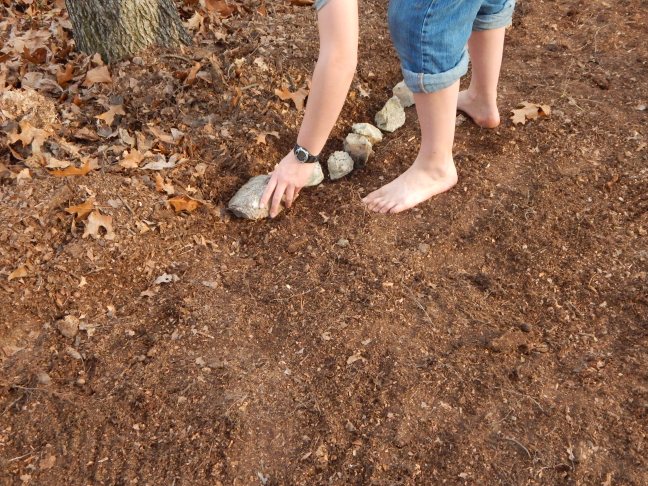 We lined ‘The Clearing’ with rocks to make it more defined. It really helped.

We tried to get all of the little rocks and tiny saplings out of the way so we could go barefoot! (Look, a barefoot gal! XD )

We cut down a tree to make the clearing, and then put a fire-ring around it, hoping to burn the stump out. Unfortunately, it was too dry so we had to put out the small fire we made.

Maybe when it’s a little wetter. 🙂

There was a up-rooted stump that we carried into the clearing and pushed dirt up around it so it really looked like it was there the whole time! In the middle is a little terrarium with a snail and a salamander.

This is the snail, April. She escaped, but while we had her she was really neat! 🙂 Here are some more photos of her. I guess they are all kind of the same… XD 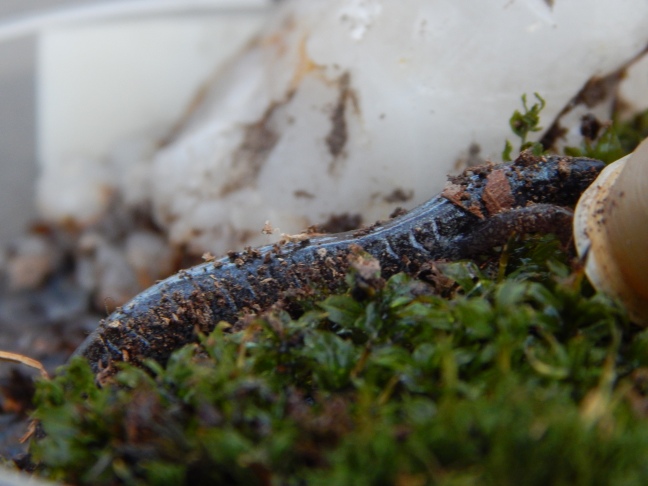 Uh… that’s Sally. XD Or more like the leaf-covered back of Sally. She, unlike the salamander in my previous post, is a Jefferson Salamander. 🙂 She escaped too.

But I’m sure we’ll find more!

That’s the clearing!! 🙂 It’s pretty different right now though, we put up a hammock, added some logs for seats, and made another trail branching out of it.

We hope to make lots more trails! Would you like to see more clearings and such?

Also, our grandmother has lots of daffodils! Here are some photos. 🙂

Which of those photos was your favorite? 🙂

Do you ever make trails in woods?

I am hungry for potatoes. XD