A snuggli is a thing my brother invented (just pronounce it snuggly).  It is to keep outdoor bunnies warm! It’s basically just a warm place for them to hide in, but here is how we made one.

To make the base of a snuggli, just get some cinderblocks and make a square. 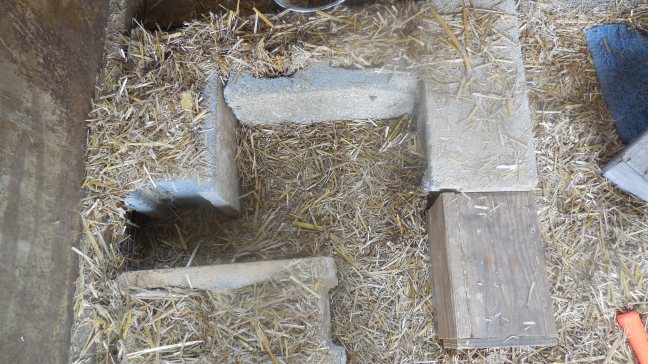 Make sure to leave a cinder block like this so your rabbit can actually get in!

To make her food compartment get a wooden box that has both its ends sawed off. You will also need some nails and a piece of fabric. 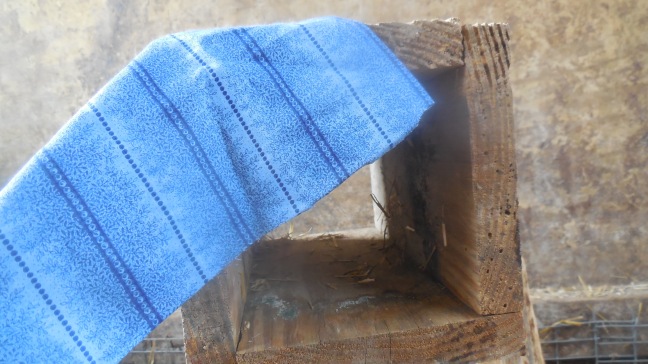 Nail your fabric to the box thingy so that it makes a curtain.

Stick it in the little slot. 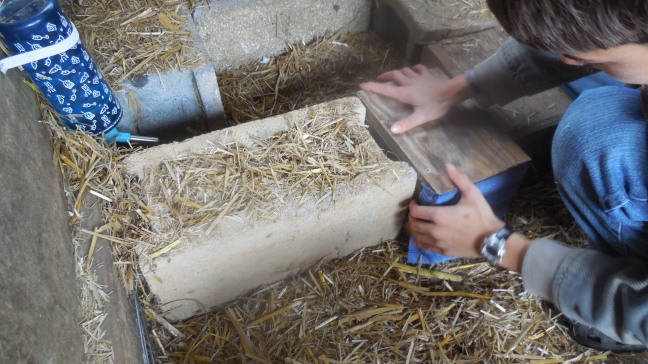 Stick her food bowl in!

Set a rectangle crate on top of the cinder blocks.

Put a board over the water bottle’s spot too.

Then get an old rug and put it over the crate.

Cover the snuggli with straw!

Ta-da!! And that’s a snuggli. Yoshi has a snuggli in his cage and the doe rabbits have two snugglis but they look a lot different. 🙂
I wrote this post around a month ago, so the quality of the photos is pretty bad. Yoshi now lives in this snuggli, but we modified it a little. 😀

I’m going to do two of the Christmas Challenges because I only have FIVE DAYS LEFT UNTIL CHRISTMAS!  Isn’t that just amazing?

By my little sister Carmen: “For some reason, when Christmas is coming, we just get so excited!” 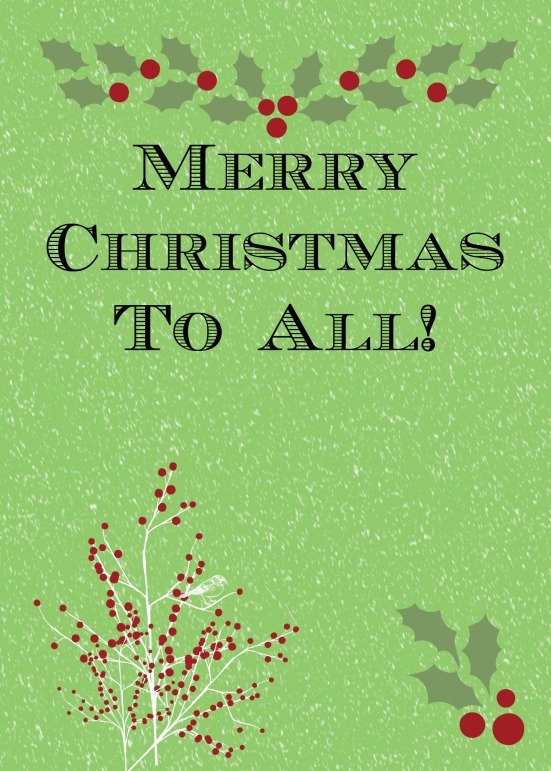 6 thoughts on “Making Olaf A Snuggli”